Got to it eventually

Many times over the last few years. I’ve warmed up something in the microwave and then burnt my
Hands taking it out.
I’ve seen those bowl cozy’s on blogs and Pinterest
And I would often say to myself, I’ll make me some one day
And then I’d forget
Until the next time I burnt my hands.
Last night while perusing pinterest, as you do, I saw them and though right
I’m on it
So I pulled out my scraps and found the two biggest pieces
I decided four would be a nice number
So I cut out four of one and three of the other.
Oh no. I wanted them to match. But fear not. I had a long piece the of the sane material.  I  just cut them to size and sewed the strips
Together and made a square.
Crisis averted 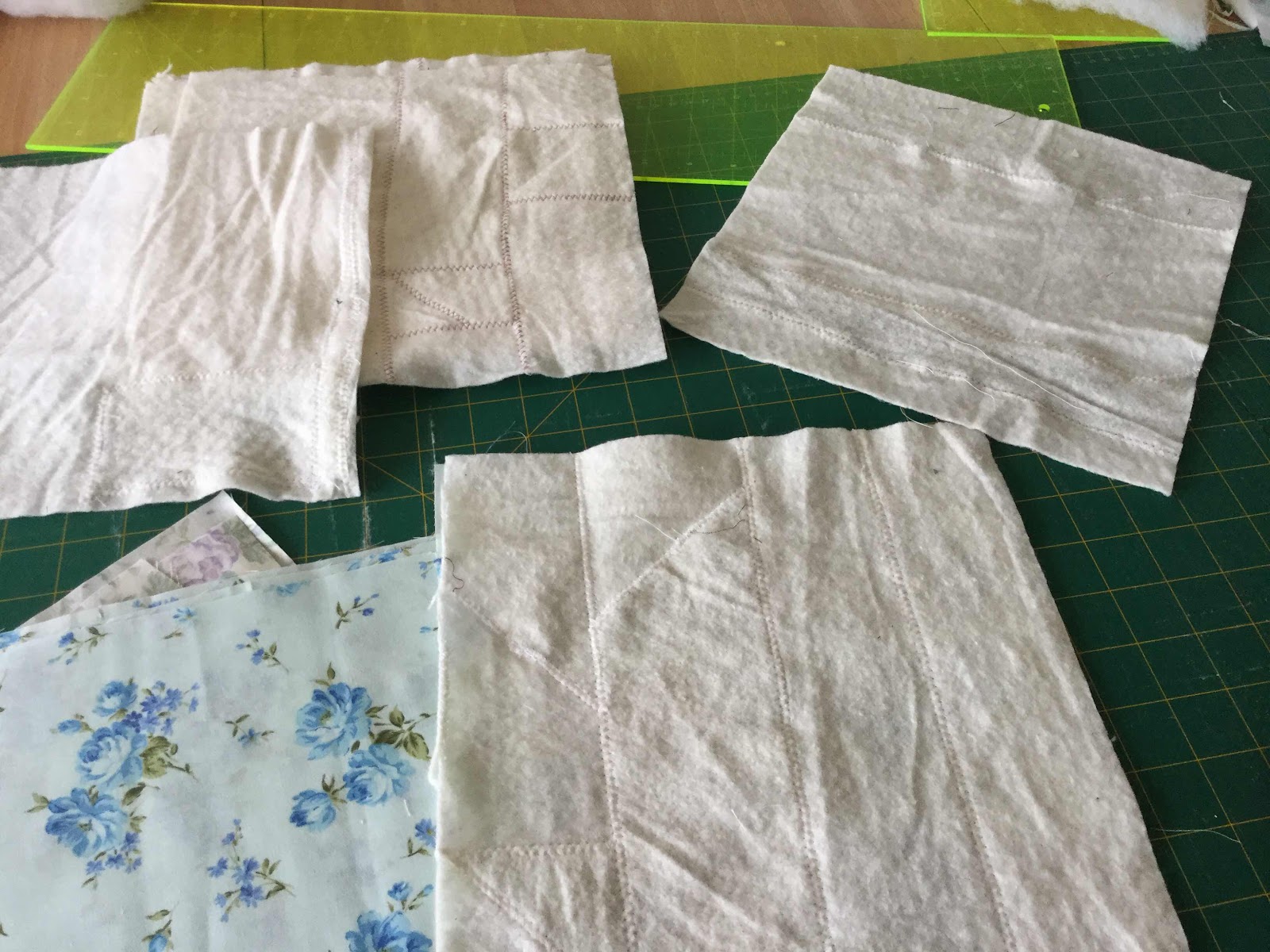 Then there was the wadding. It’s expensive this bamboo stuff so I wasn’t going to cut into my part
Piece. Not if I could help it.
So I got my scraps out, because as you know. I don’t throw anything away,
And started piercing them together.
This was time consuming. I needed eight squares of ten inches x ten inches
Not that it mattered. It’s not like I needed them in a terrible hurry
So while hubby watched a movie in the lounge room I was in my sewing room
Playing jigsaws
I finally got my eight pieces and worked out that it was nearly two meters of wadding that I needed
Priced between $16-$20 a meter that was a huge saving I had just made
Plus, saving on landfill and using resources to the best of my ability
Yup. I was pretty proud of myself. Lol 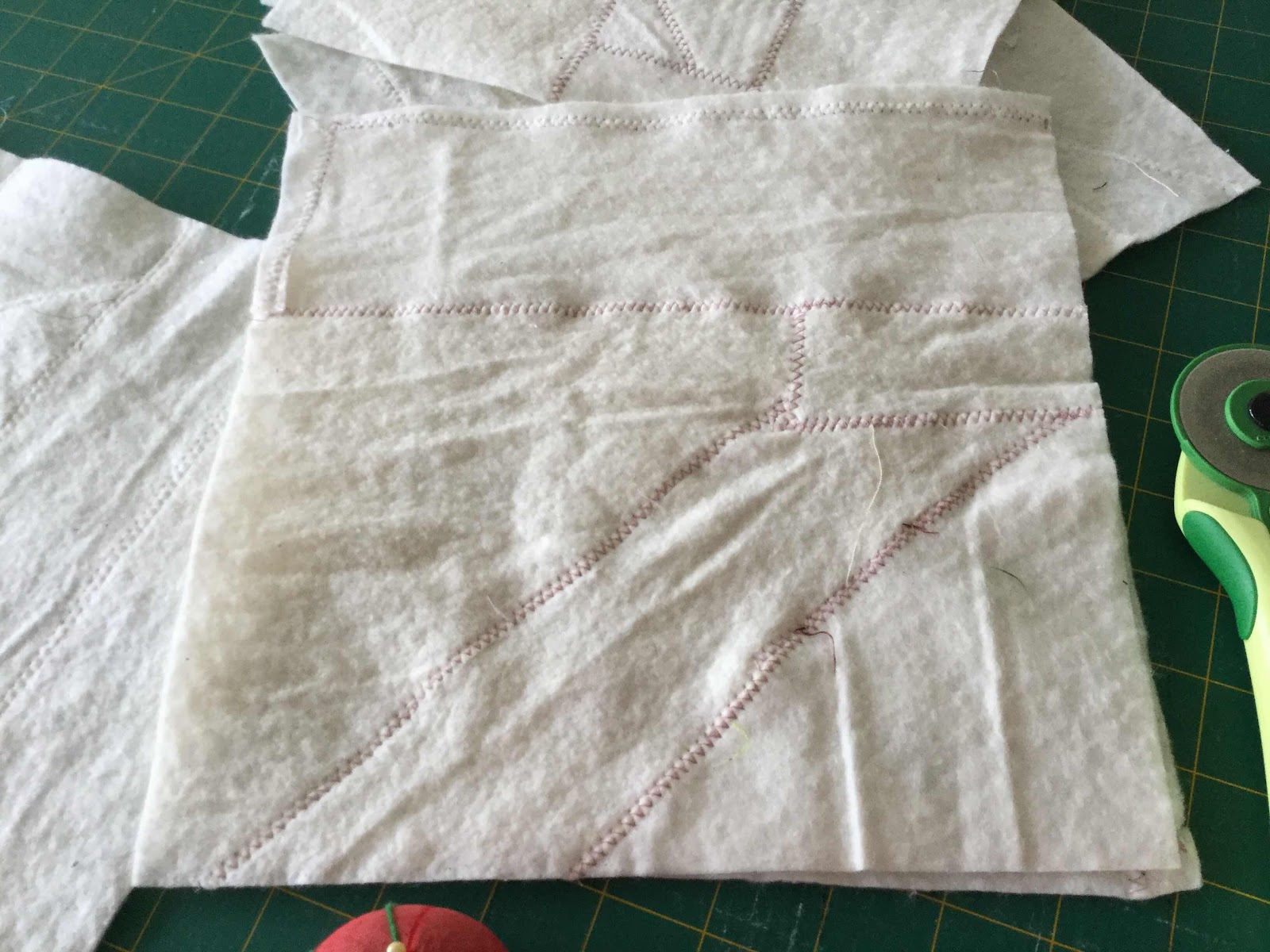 Now I had all my pieces cut up and ready to assemble
So this morning I got into it.
In between doing all my daily chores
I measured and pinned and cut and viola!
My first bowl cozy
And it’s reversible. 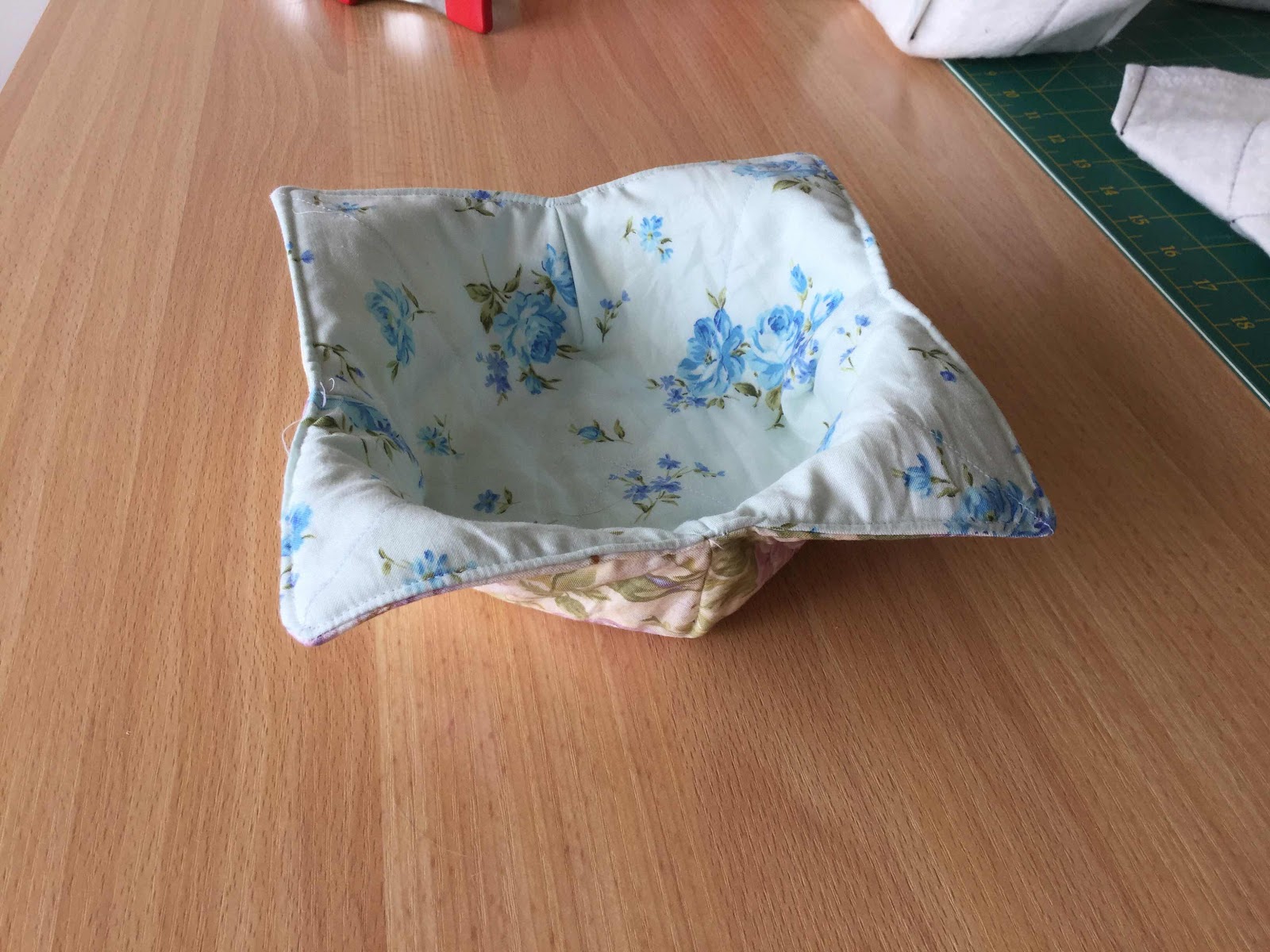 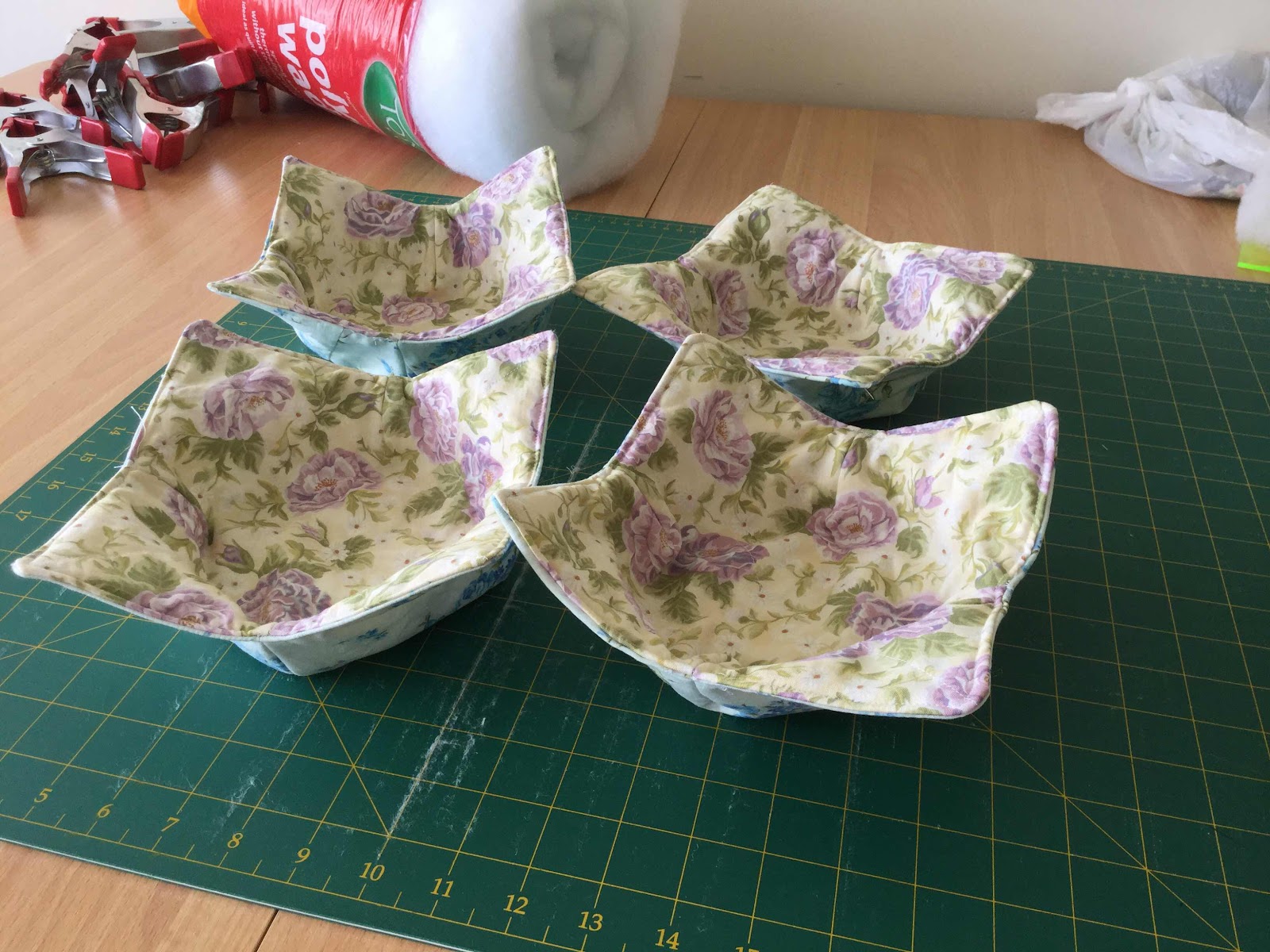 Happy weekend to you all
Yesterday was Valentine’s Day and I decided I wanted to go see
50 shades the musical
It was on not far from here at frankston and as there were only a few seats left I got a bargain
Only sixty dollars each and we were in the front row
Hubby wasn’t that enthusiastic but he had to come with me. It was Valentine’s Day after all lol
It was really funny but be warned. It’s rude and crude and sexually explicit
But it is 50 shades of gray
Oh there are very athletic young men in various stages of undress.
Guaranteed to give women of a curtain age a hot flush or two lol 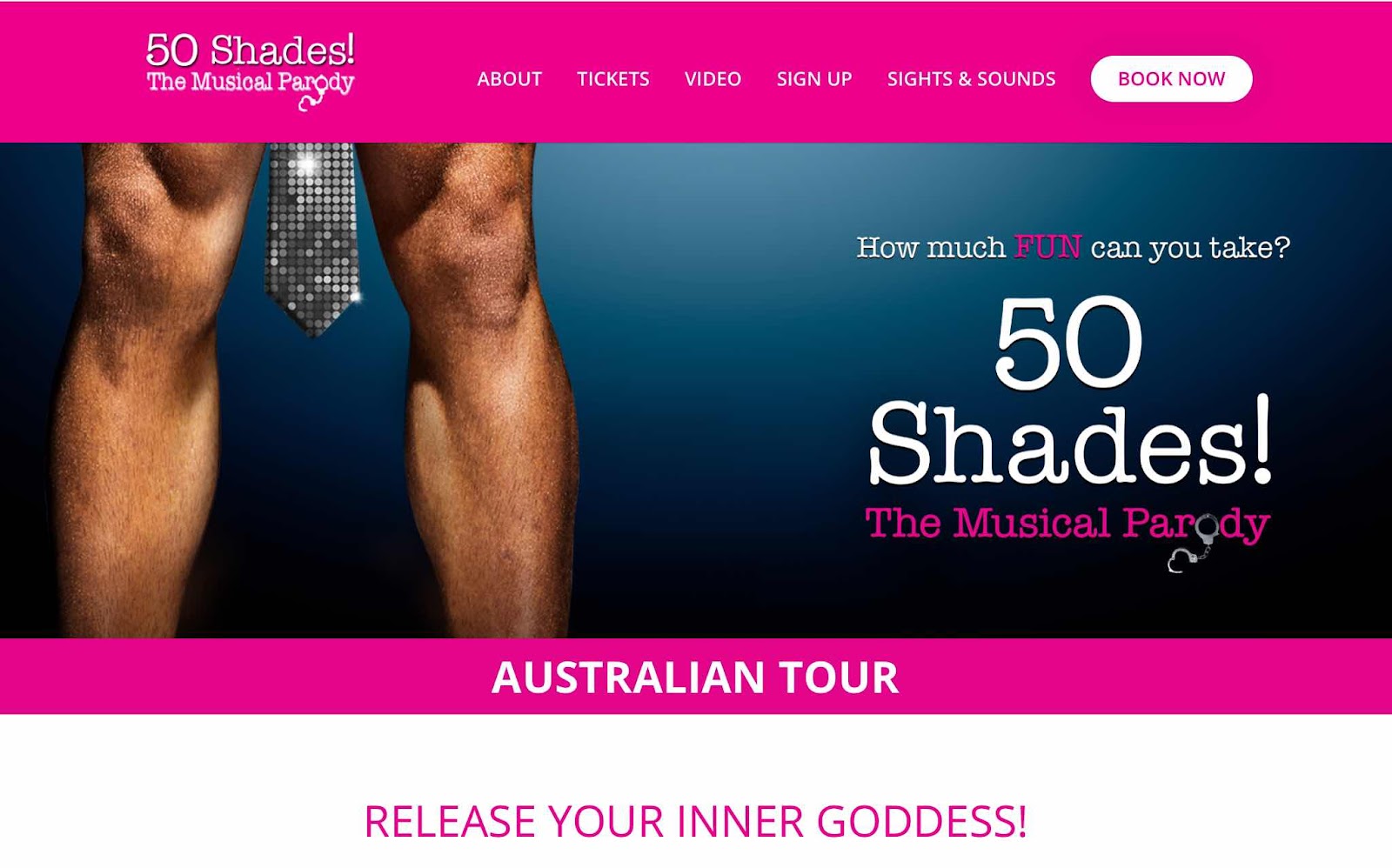 Today has been a day of relaxation and domestic bliss.
Hubby drove me to spotlight as I wanted to get polyester wadding.
I’m making little quilts for the local RSPCA and didn’t want to use my expensive bamboo wadding
I’m hoping this means these little quilts will be more washer friendly 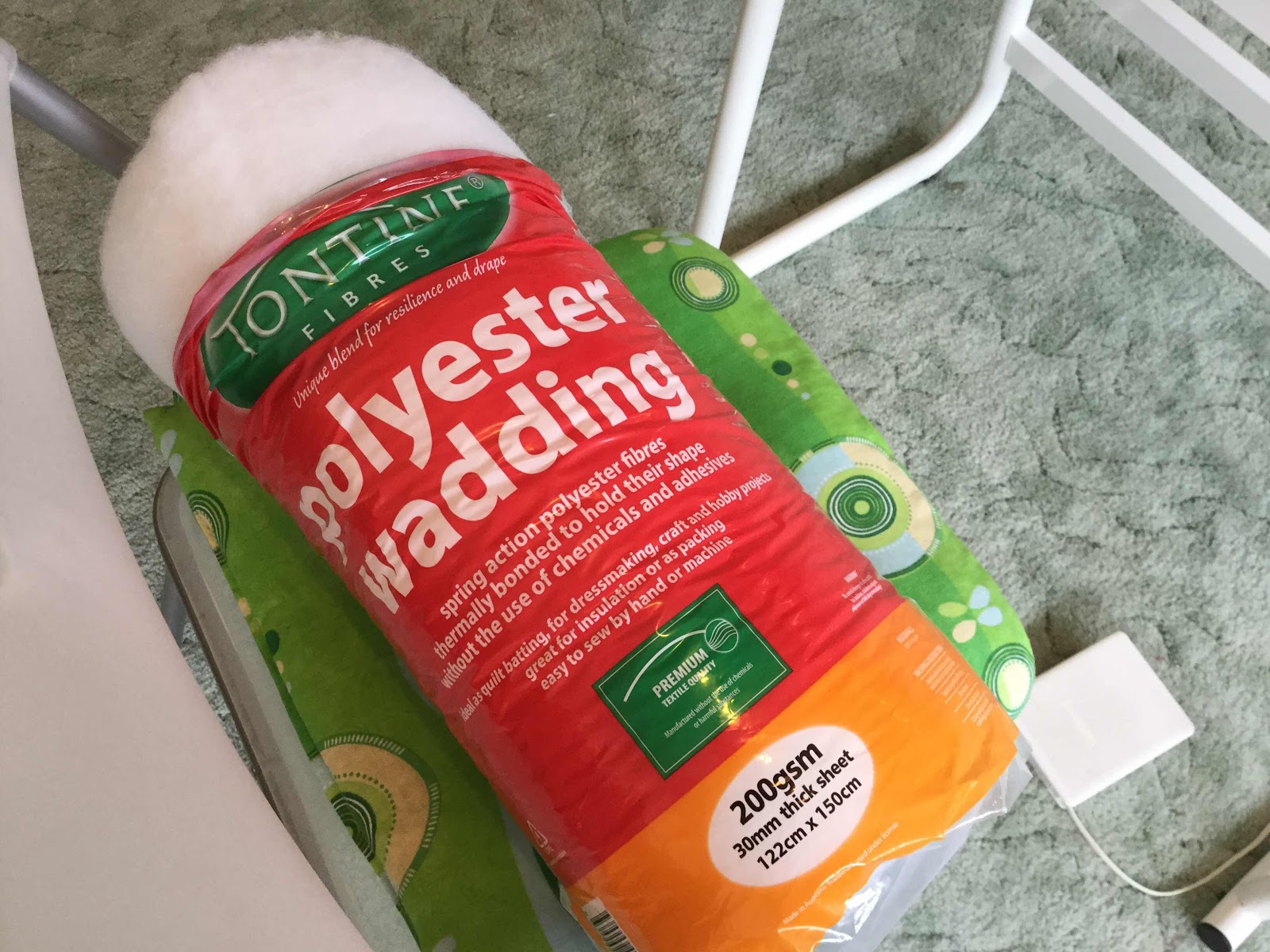 Lately my machine has been giving me little hiccups and nudges telling me it needed a long overdue service.
But today, it just flat out refused to work
So I asked hubby if he could service my poor old Elly. Yes my sewing machines have names lol
So hubby quickly YouTubed the process and started to take her apart. Oh my. She was full of fluff and lint
Poor thing.
She got a good oiling, and I took the opportunity to change the needle and wow. You should see her go now 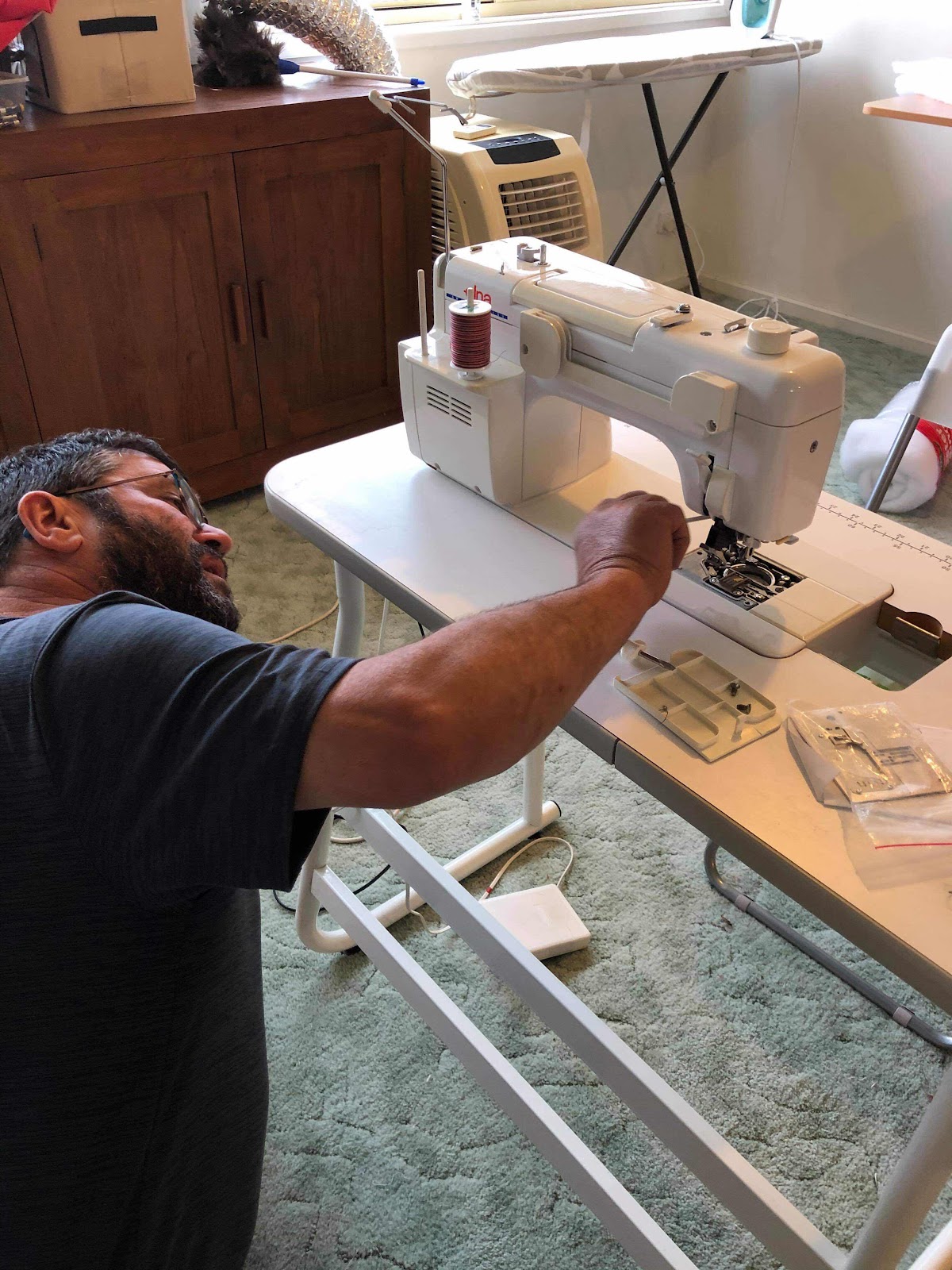 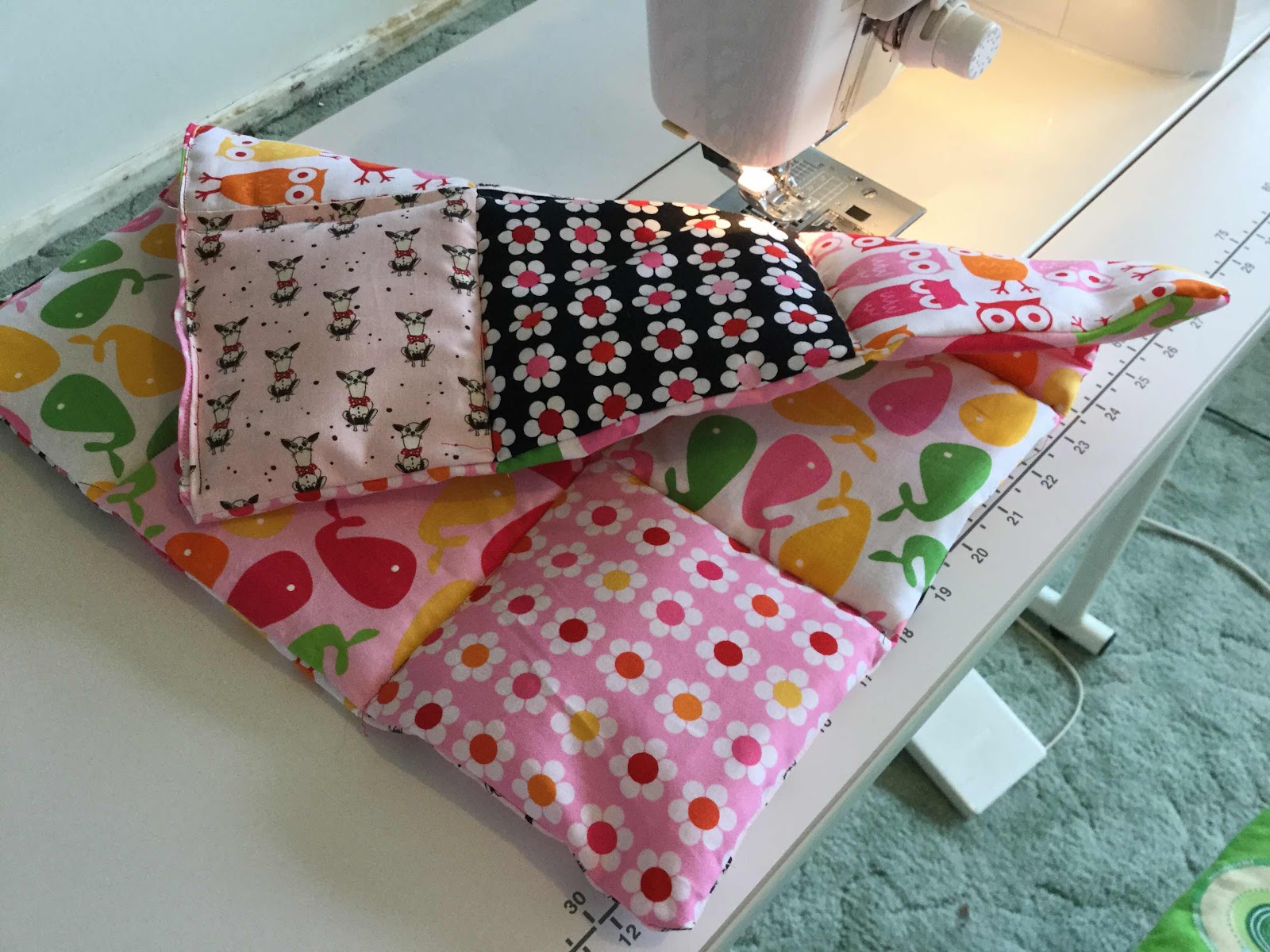 I’ve completed finished four here they ready to be delivered 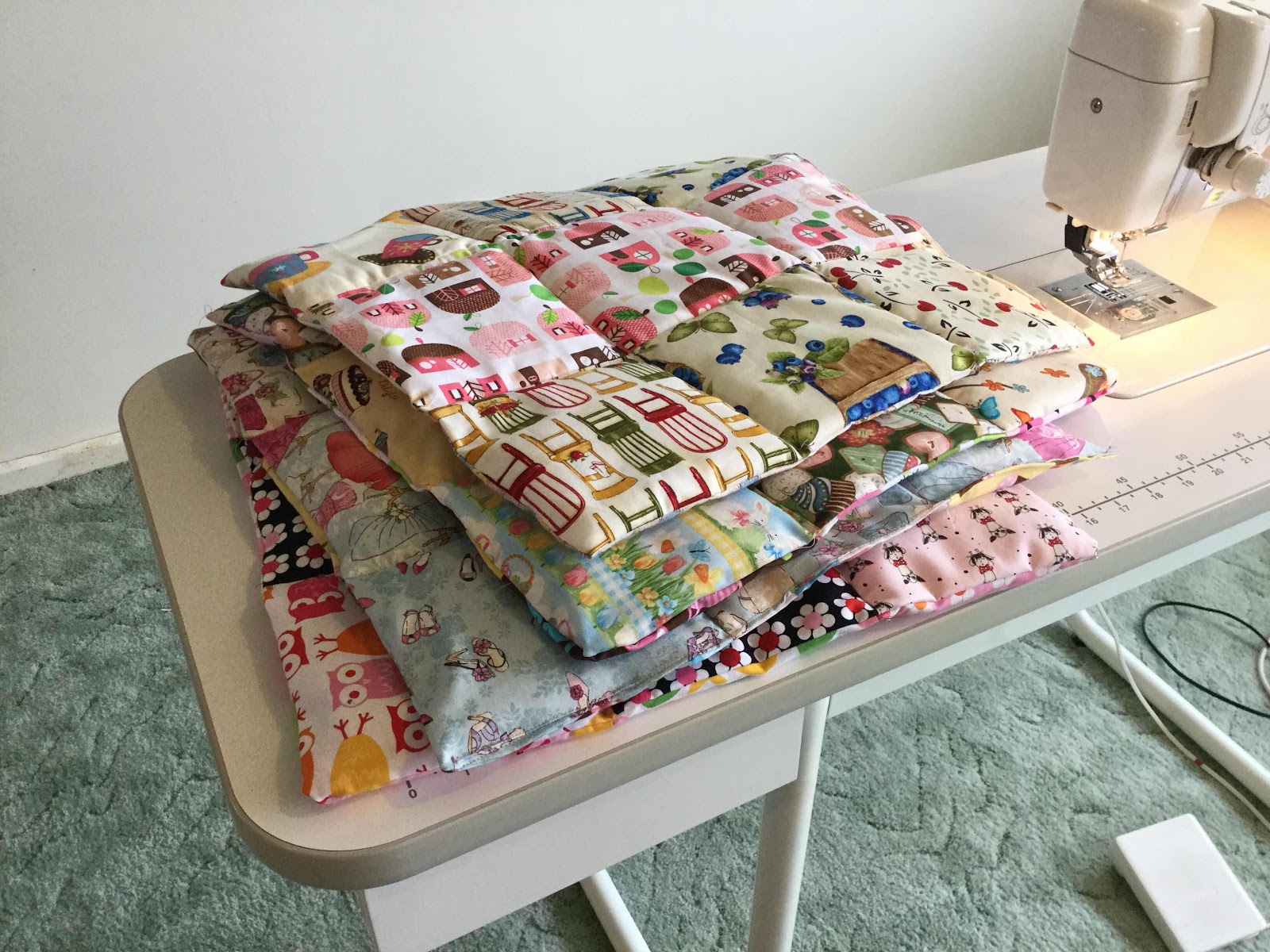 I’ve started matching colours,  even if they are going to puppies and kittens. They need to be cute lol 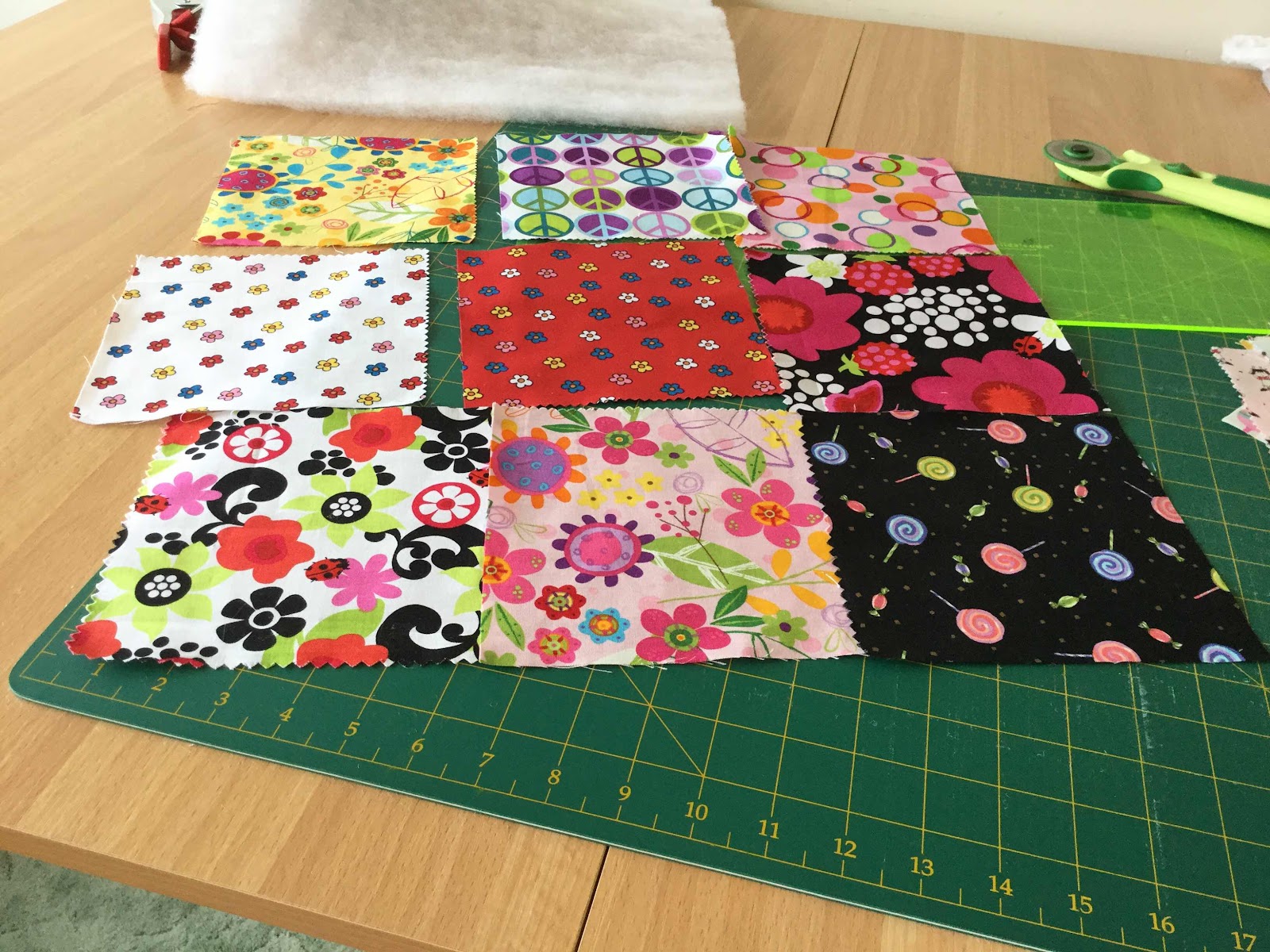 Still lots of squares in my bag
And I have another plastic bag full.
I could be here a while lol 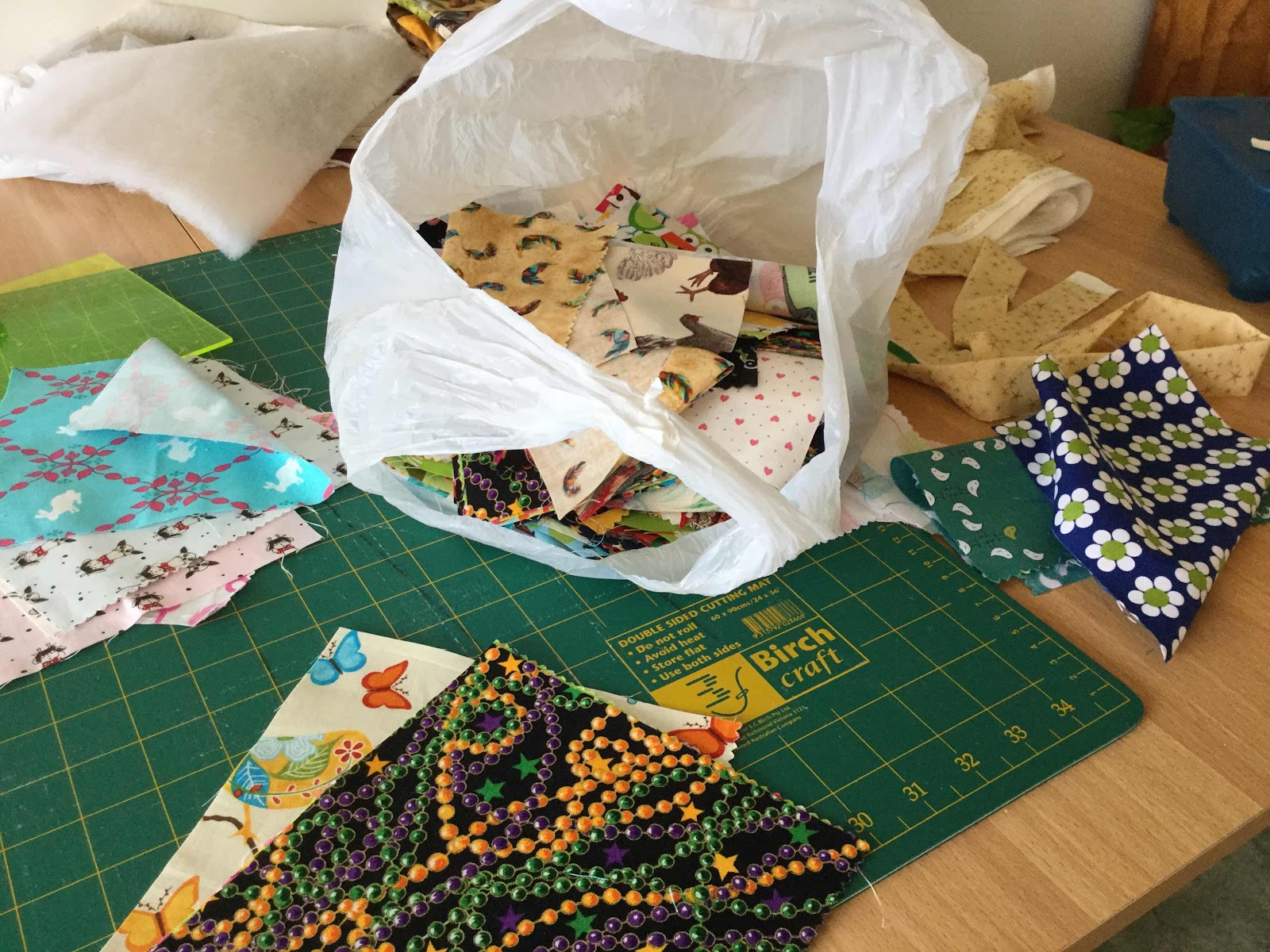 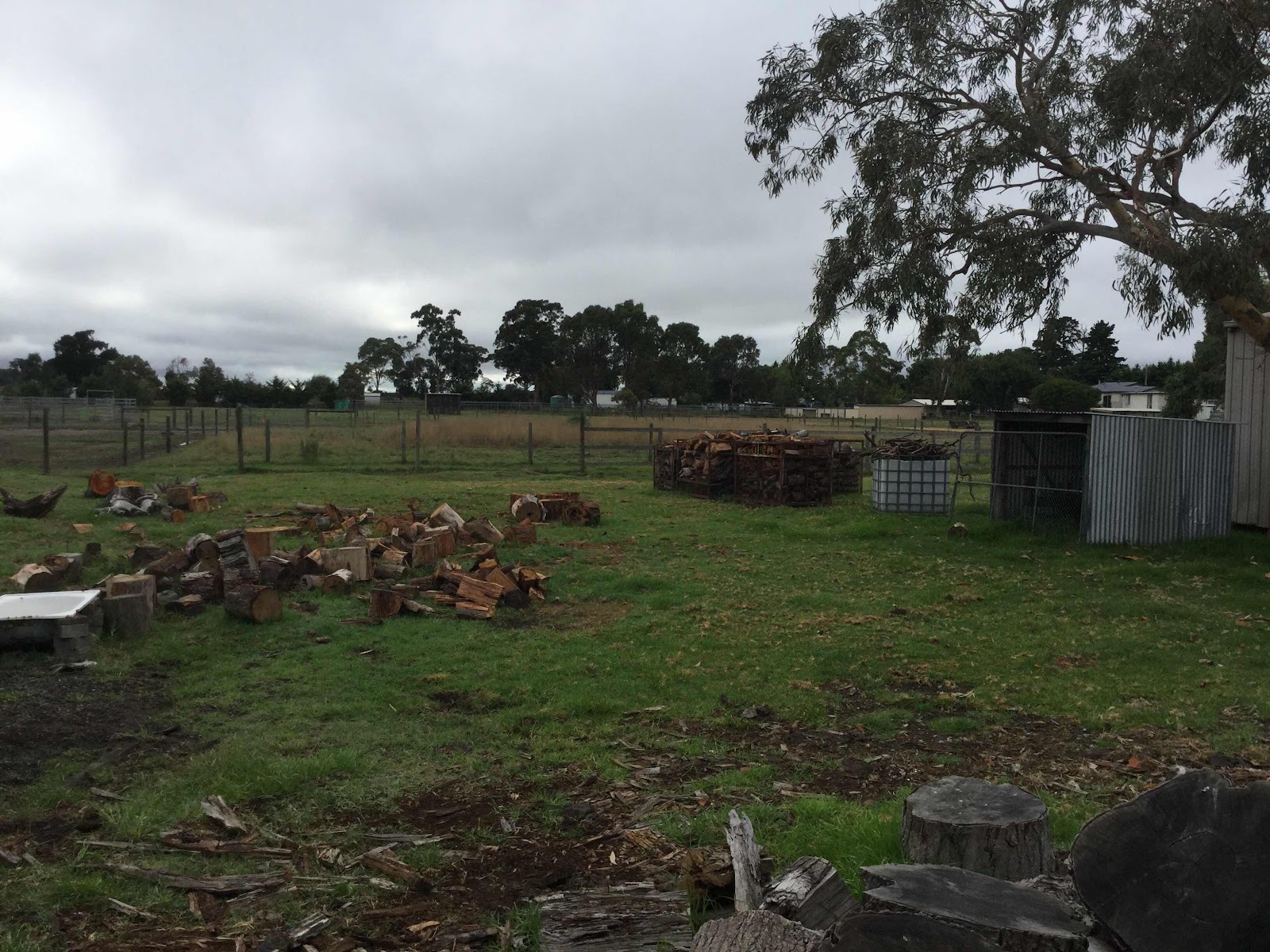 Posted by angela at 8:52 AM No comments: 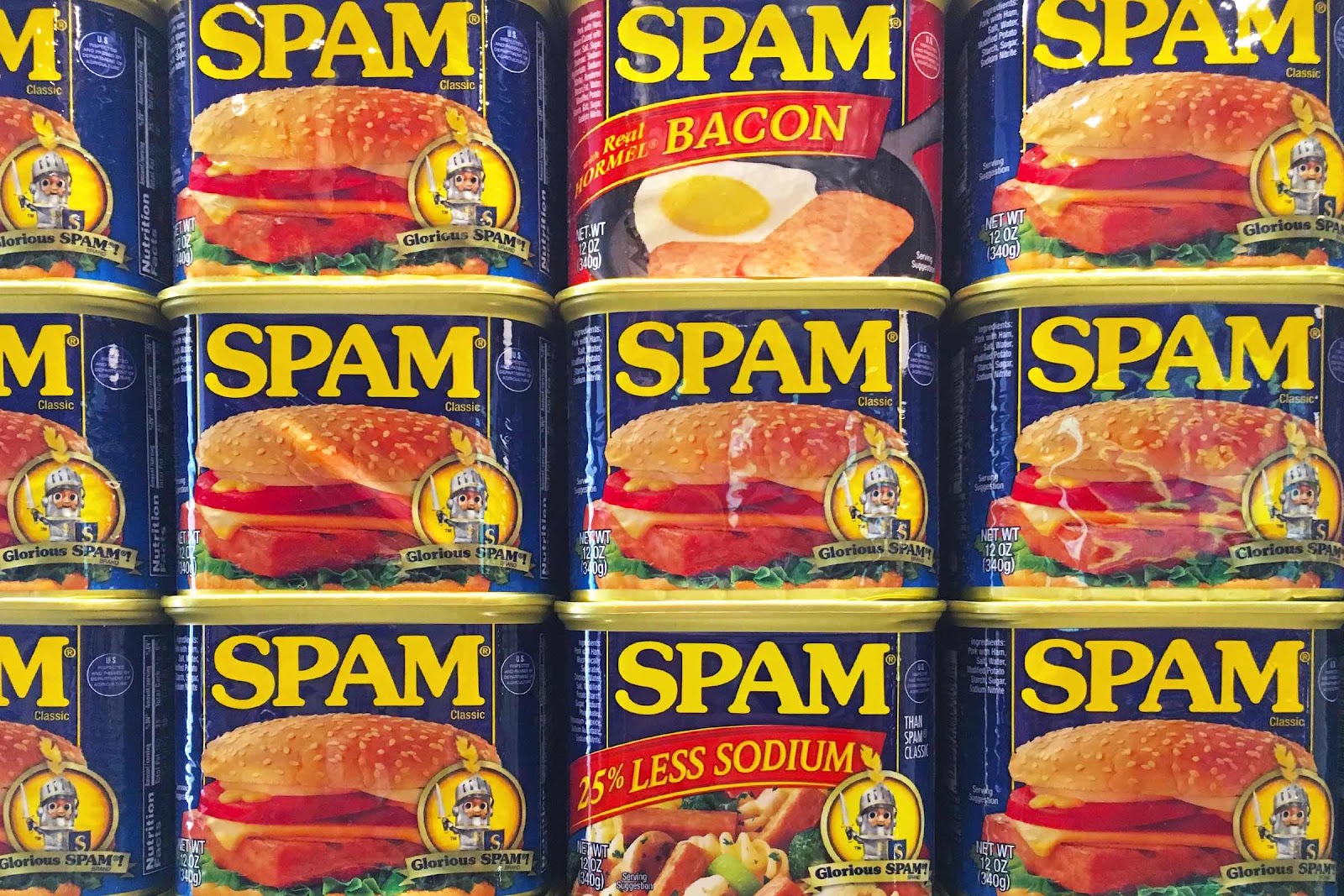 Sorry guys. I’ve had to enable word verification I have been getting lots of spam
Comments.   I know it’s a pain but I’ll have to leave it for a few weeks. Hopefully they will
Get sick of it and I can take it back off
Have a great day
See ya xx

Yesterday we celebrated melodys fouth birthday
Her actual birthday is on the 13th. But her num and dad had the party this weekend
Here she is with her mum, sister Brianna and her cousin getting ready to blow out her candles 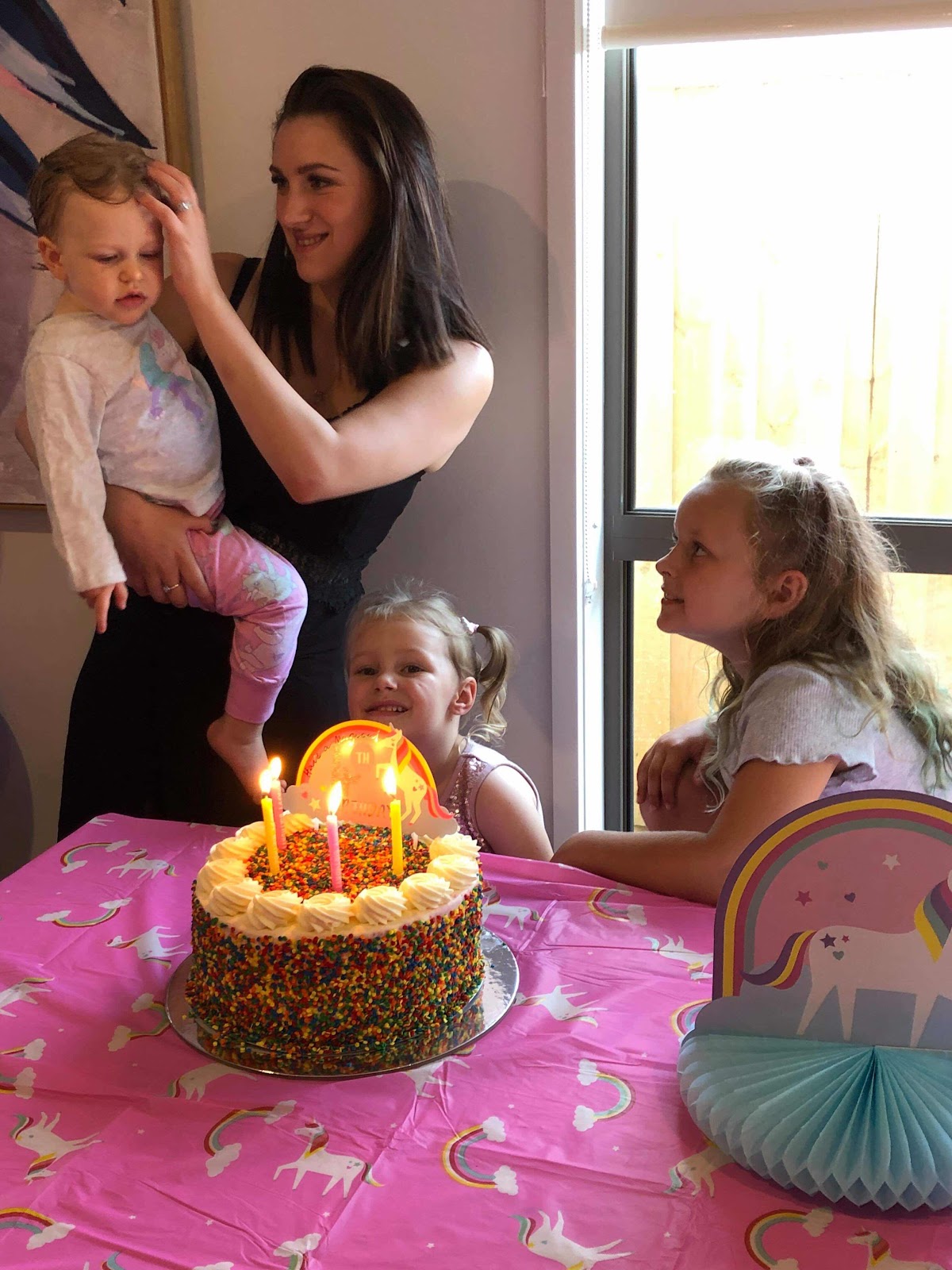 She had a piñata but was shy about hitting it.  I guess all the talk about being kind to animals
Has made an impact 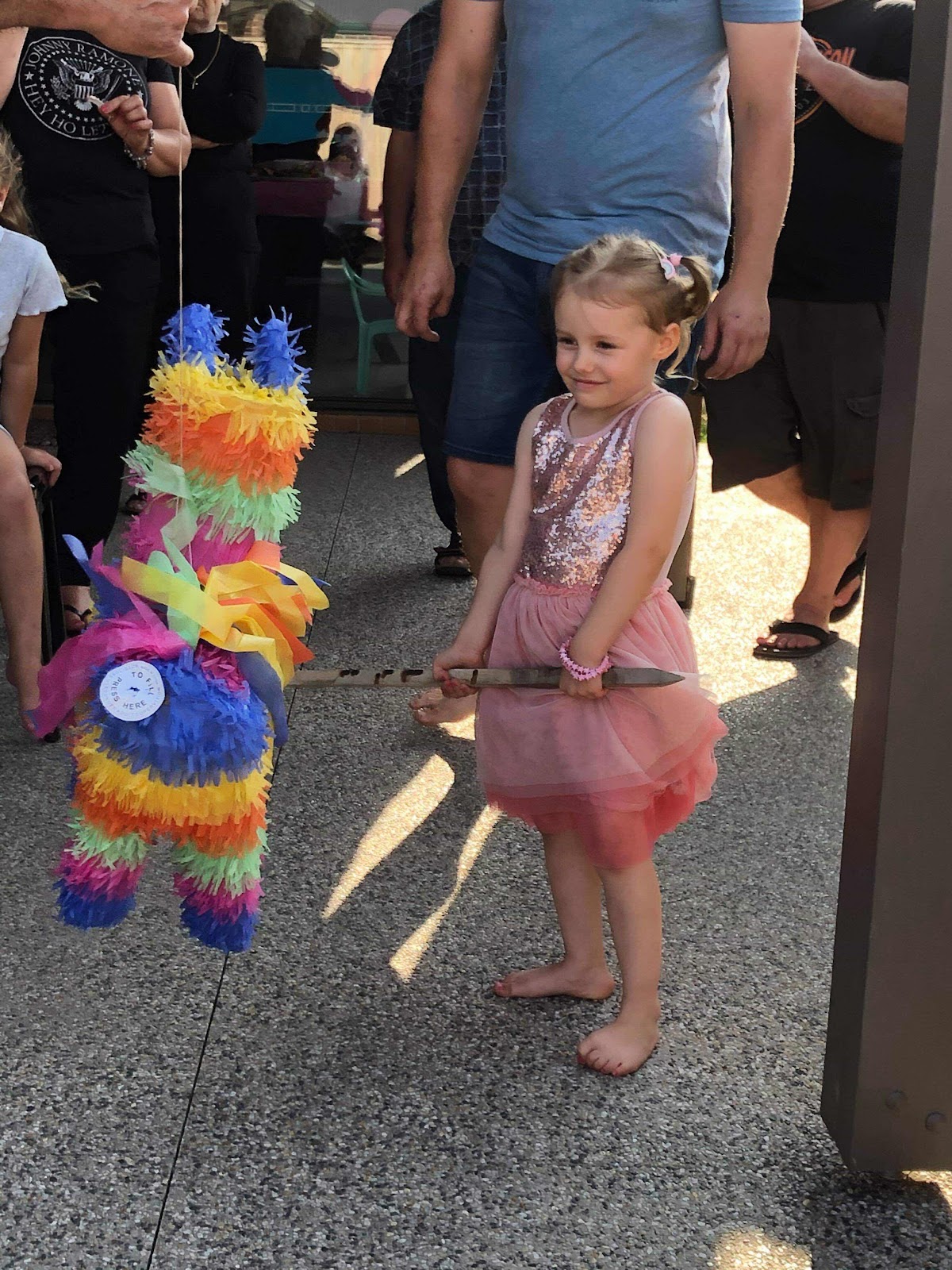 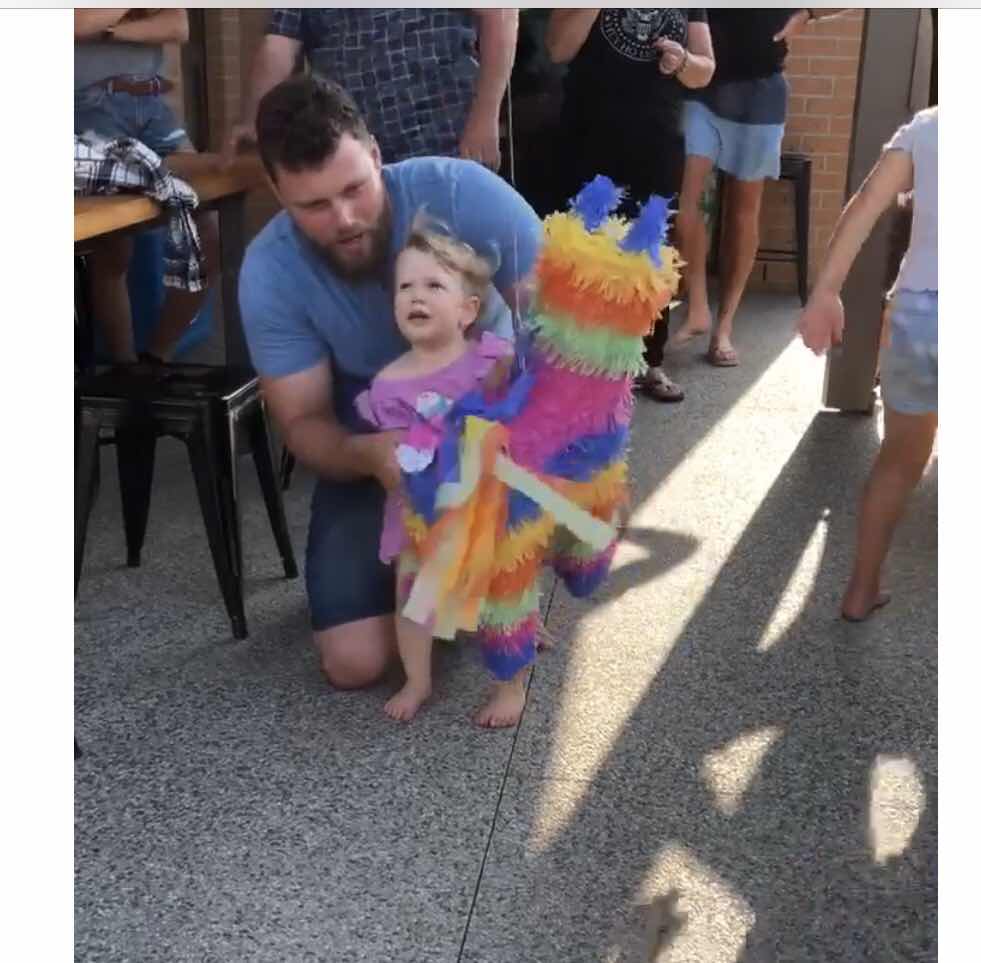 And this is what we got for her
What every little girl needs. A unicorn jewellery box
Filled with jewellery and make up.
She is such a girlie girl
She’s growing way too fast
So we are treasuring every moment we get to spend with her
Happiest of birthdays to our precious girl
Grandma and grandpa love you so much 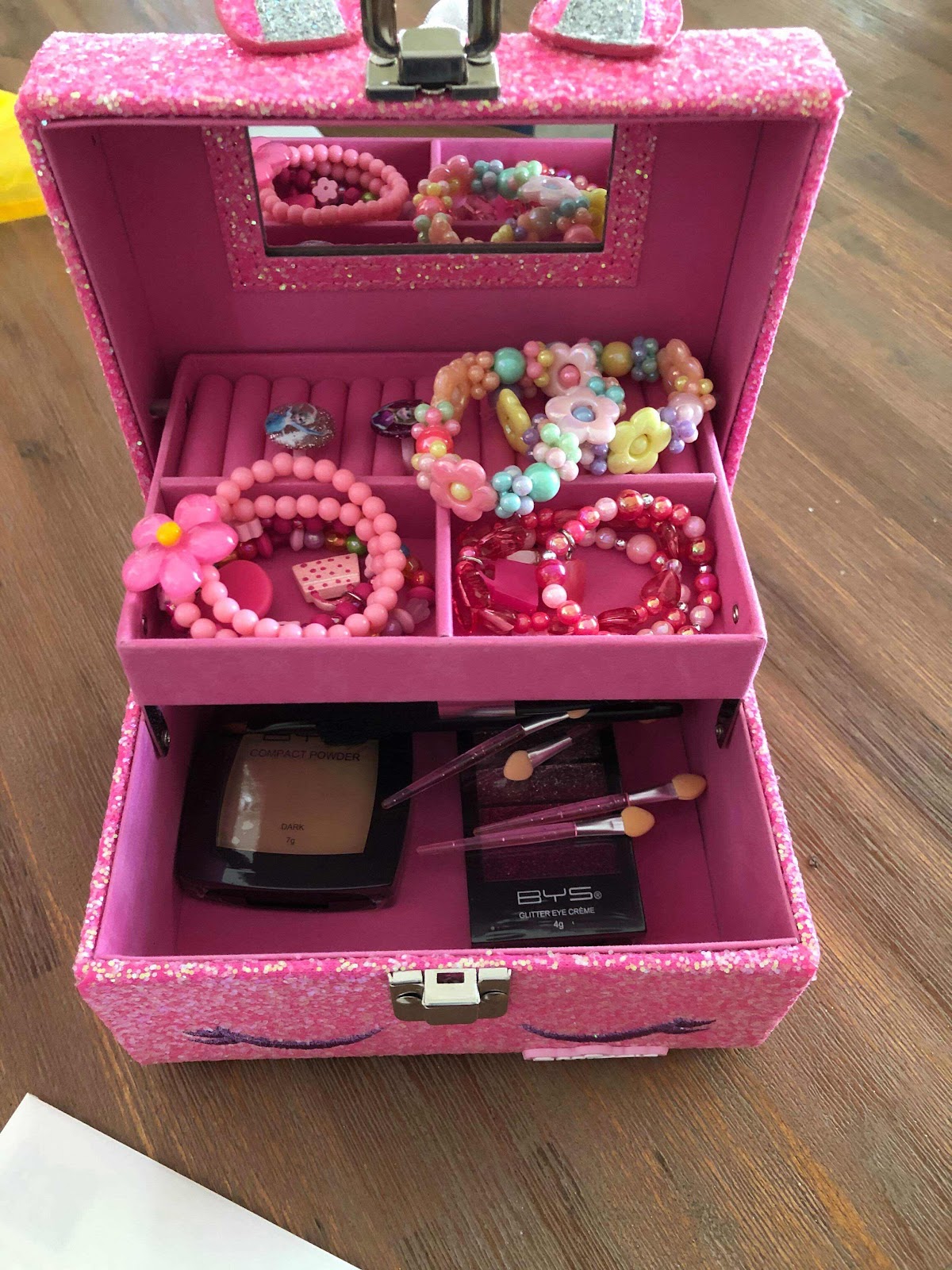 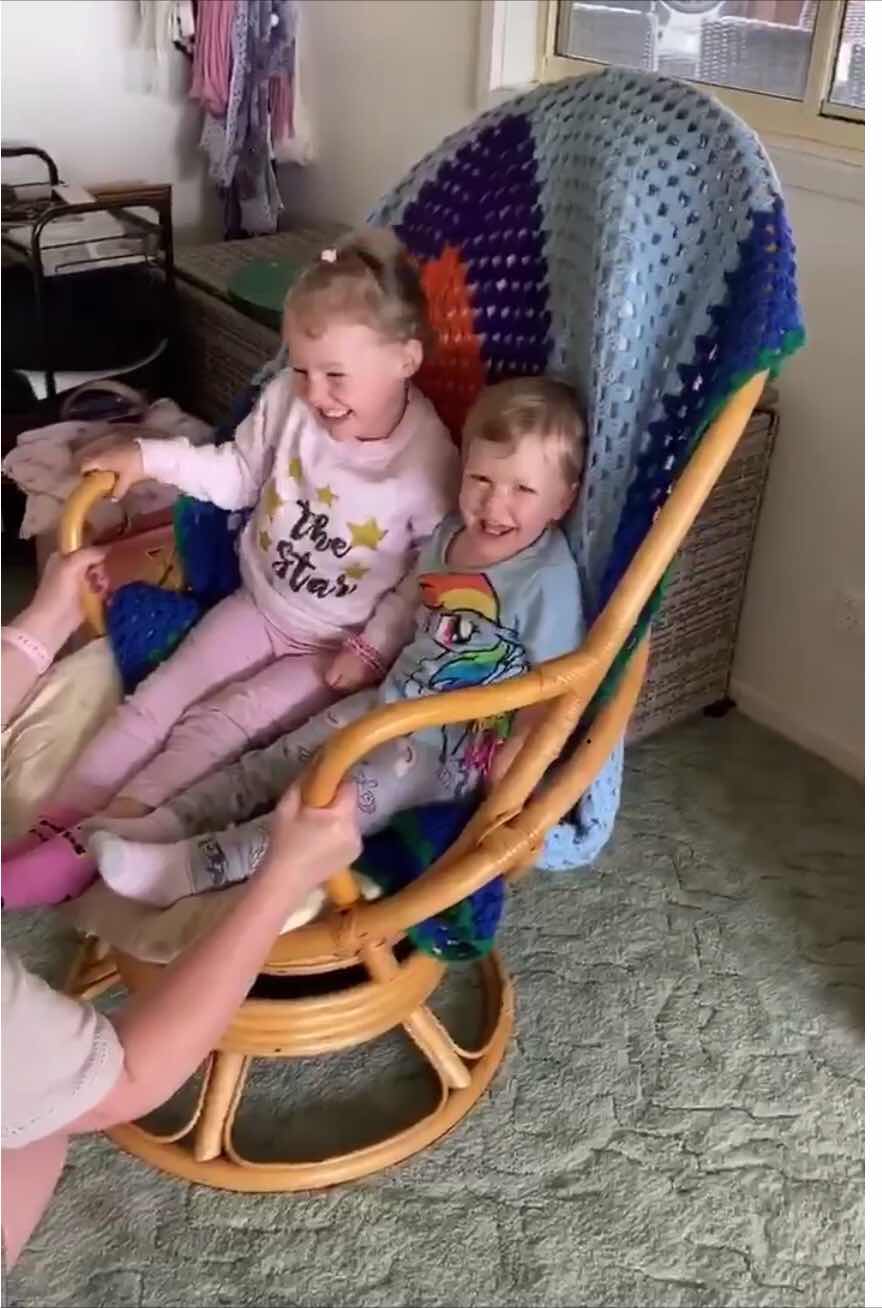 Sewing for a cause 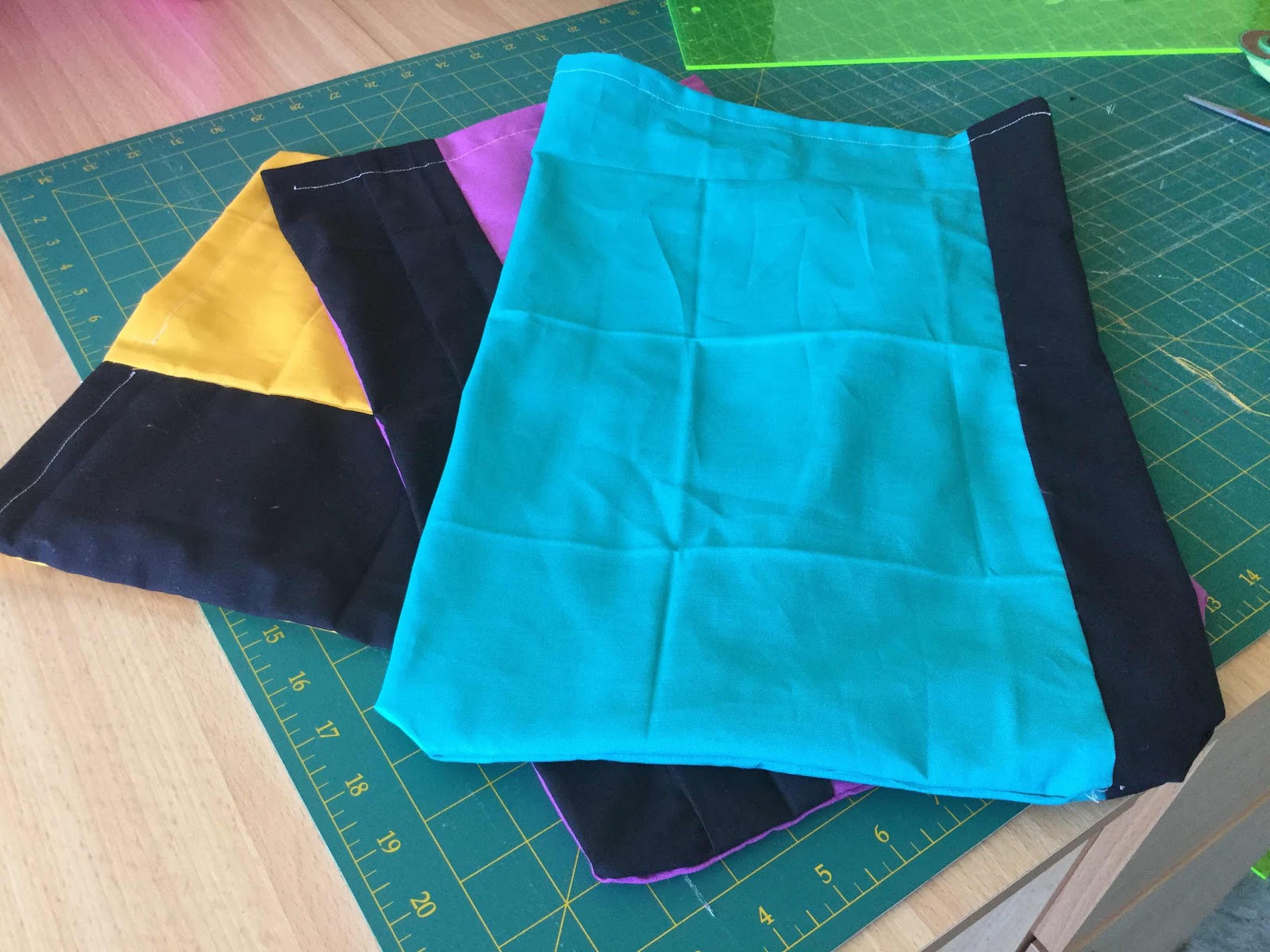 A friend of mine has started a charity that helps children that need to leave their home for whatever reason
Usually it’s a rushed thing and the kids leave with nothing more than the clothes on their backs
This is where my lovely friend sally comes in
Her charity pack backpacks with essentials and each child receives one full of things they need
https://www.backpacks4vickids.org.au/
This is the link to their website
You can also find them on Facebook
She tagged me to a sewing page for their charity and it says they need bags sewn for toiletries and some for stationary 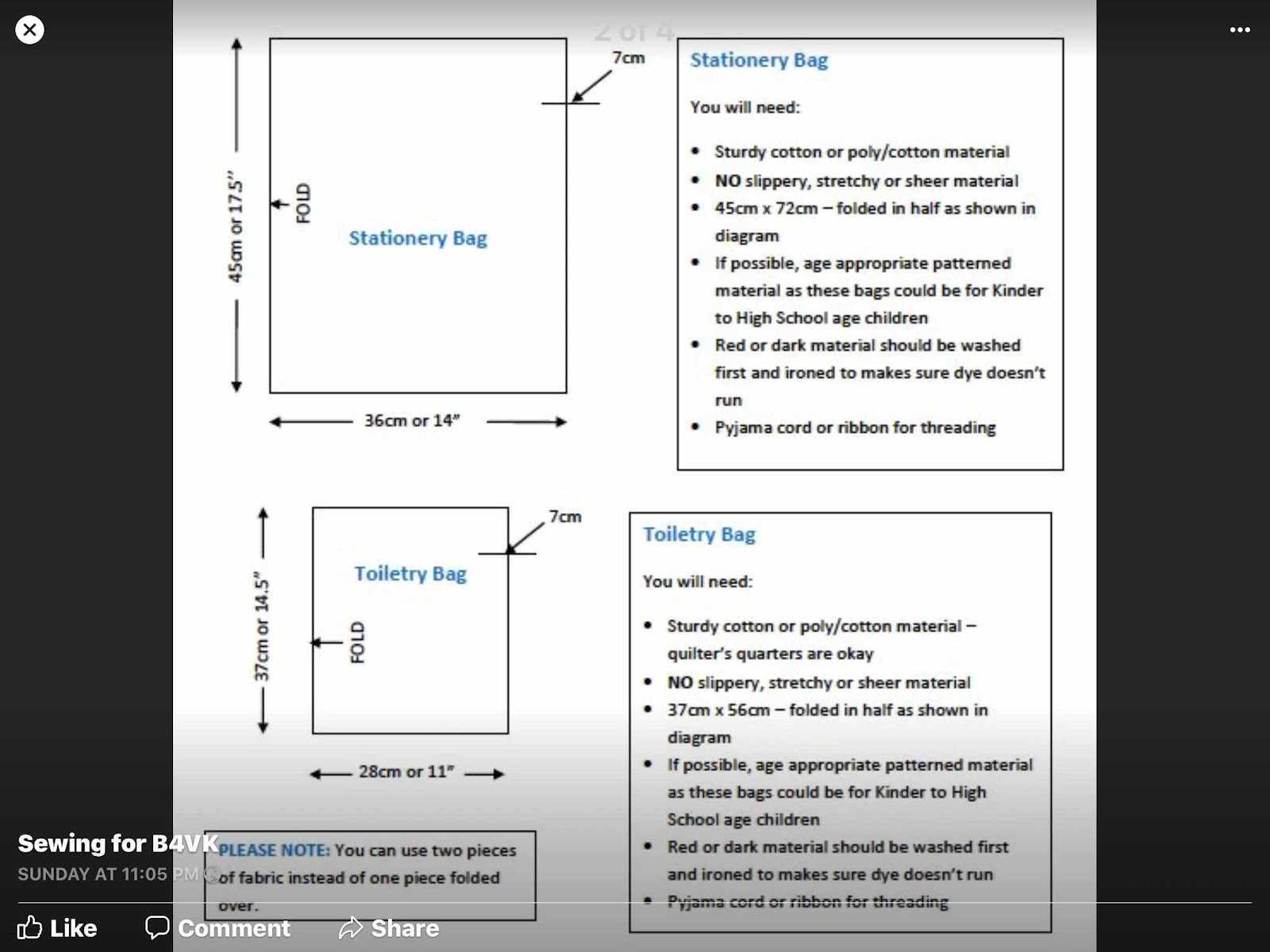 angela
I am a 52 year old mum of two grown childern who I love more than anything in this world. I have been married for 31 years to my best friend and we live and work on our 5 acre farm in the south east of melbourne. My son has married a lovely girl and lives close by. I see him everyday as he work with his dad at our mechanical repairs business here on our property. I see my daughter and her girls at least once a week. I love my family and my life even though chronic illness has been my constant companion for over ten years Life is busy but we are blessed