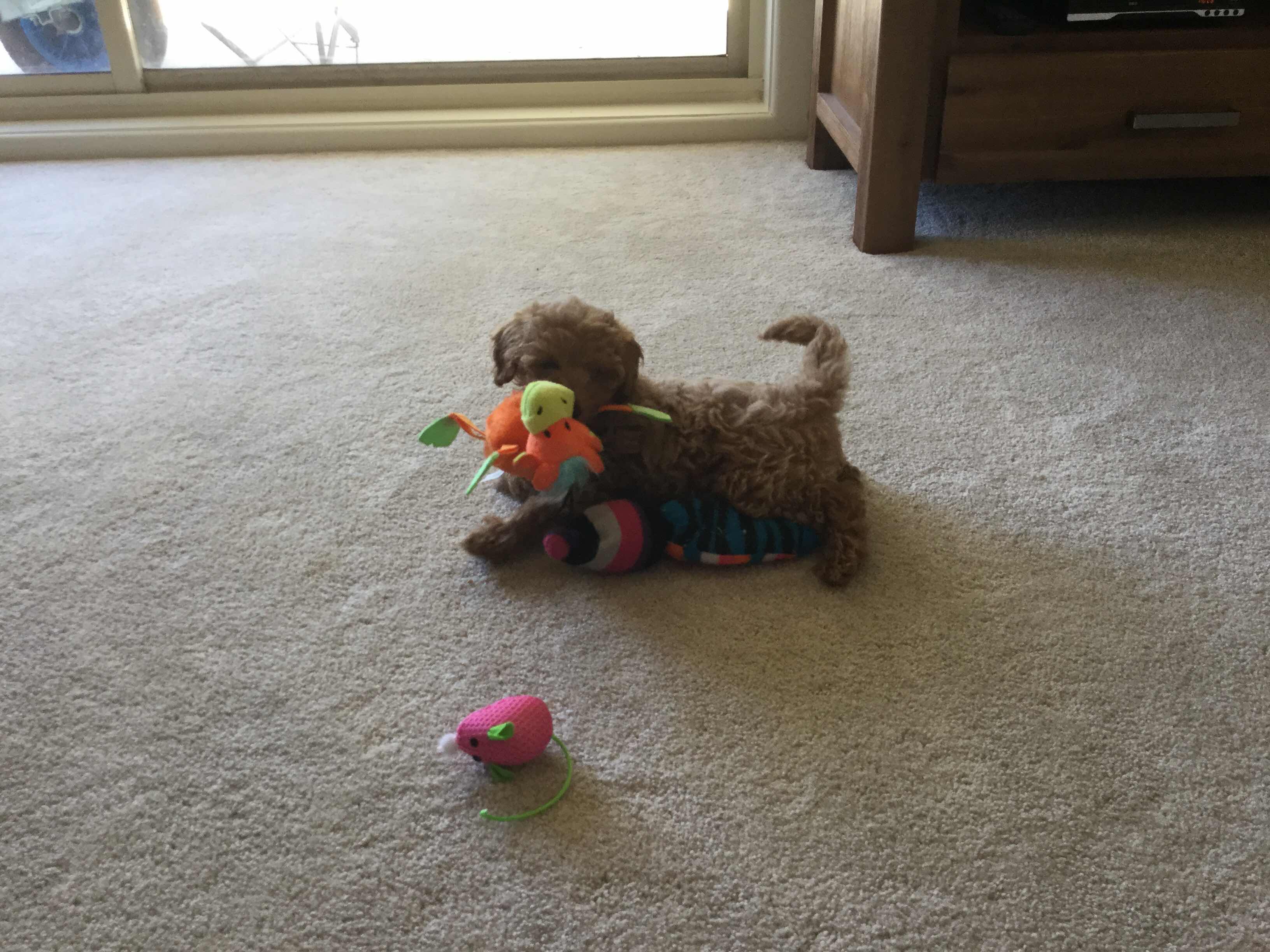 We are now in week three of being home and in training
I definitely think this is the last time I’m ever going to get a puppy
I’m not as energetic as I used to be. But things are coming along nicely
Trixie is now going to the toilet almost on command.
Unless of course a cat, or leaf or her shadow takes her attention lol
And just today. She walked into
The kitchen and sat nicely where I feed her waiting for her lunch and then going to the back door and sitting waiting for me to let her go
Our to toilet
So I think it’s staring to gel in her mind
Most nights now she only wakes once to go outside
Sunday we had our first puppy school and she was the smallest one there
While other larger puppies wee very timid and hiding behind their parents. Trixie was going from dog to dog wanting to play
One poor little boy was so frightened he chose her to growl at
Well she wasn’t going to take any abuse from anyone. So she growled back and went to walk away
He then started to chase her and growled again
She turned and told him off sternly and he ran home to his mum
So she’s the littlest but she is very assertive lol
Kinda like her mum
The teacher said it was perfect. She didn’t attack. She just told him she wasn’t going to take his abuse
So her little personality is well and truely coming through
And she is learning very quickly
Hopefully only a few more weeks and I’ll be able to relax a little
If I survive hahaha
See ya
Posted by angela at 3:44 PM 6 comments: 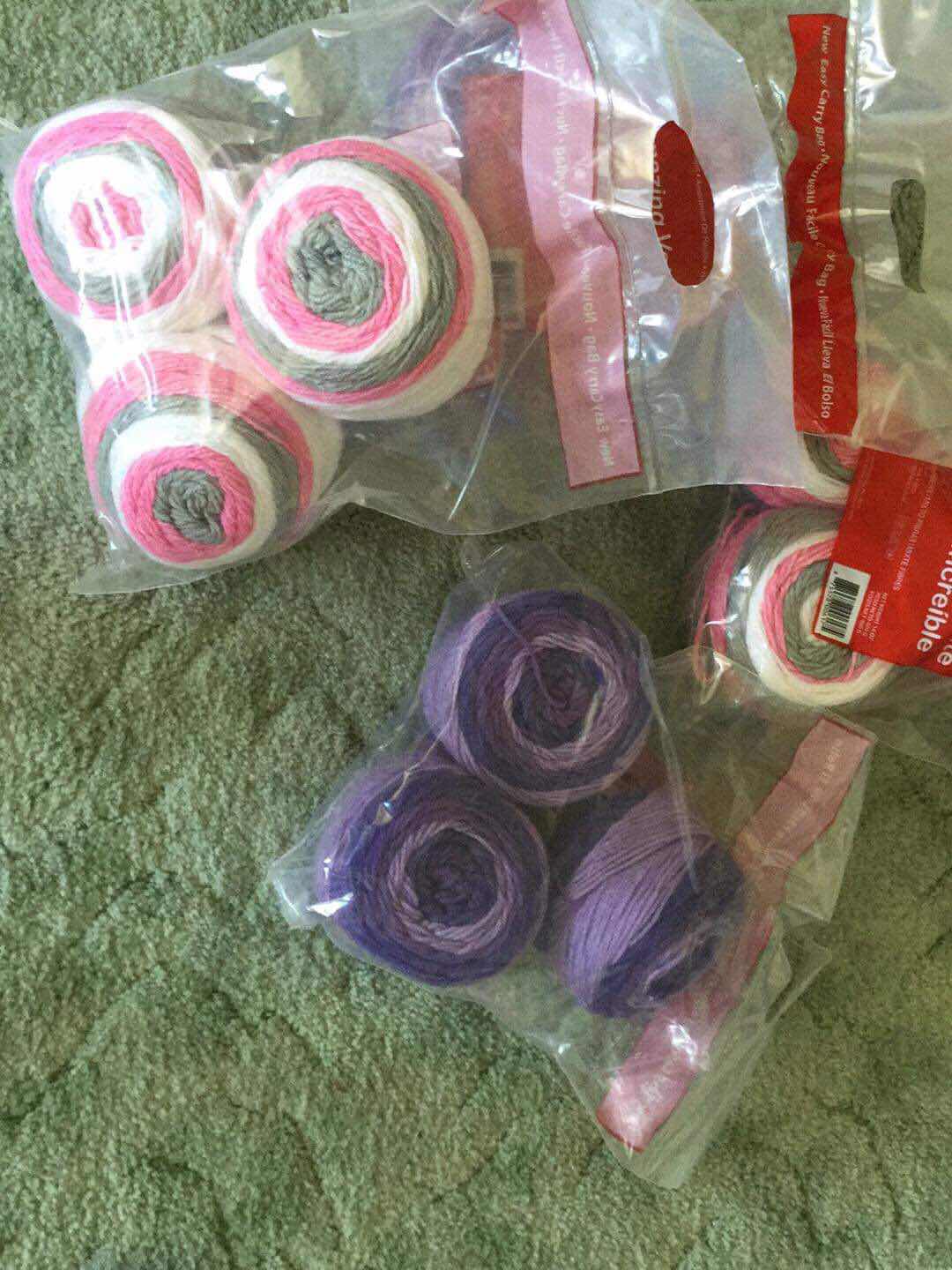 A while ago I found these mill ends at spotlight and decided to buy them. I didn’t know what I would use them for but I loved the colours and had to have them
I’ve made so many blankets using this pattern but none for me
So I’ve started one for me
Love the way the colours are turning out. I’m alternating the balls of yarn
There should be plenty for a decent boarder too.
I’ll be snuggly warm this coming winter
What do you think?  Do you like it?
See ya 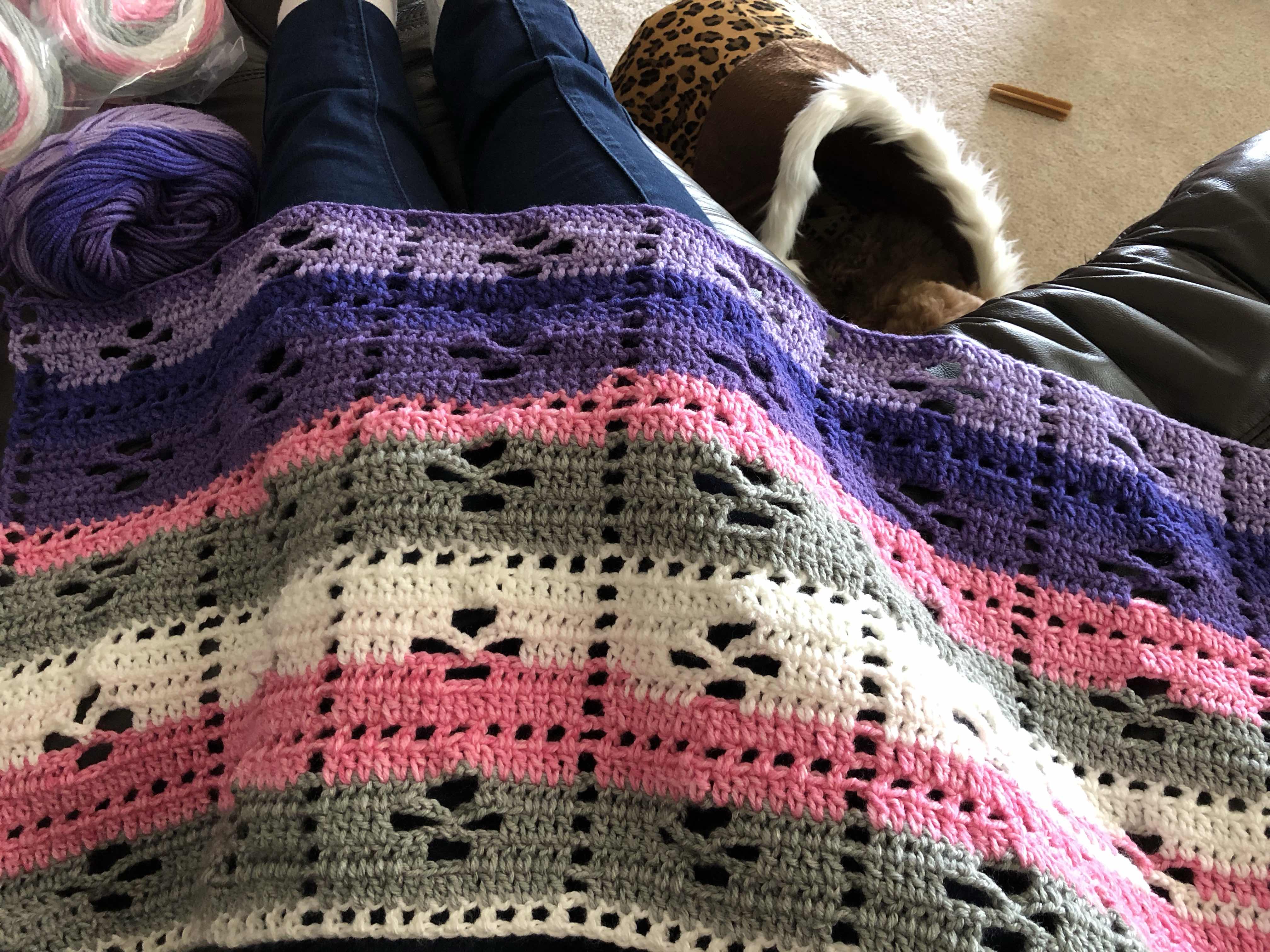 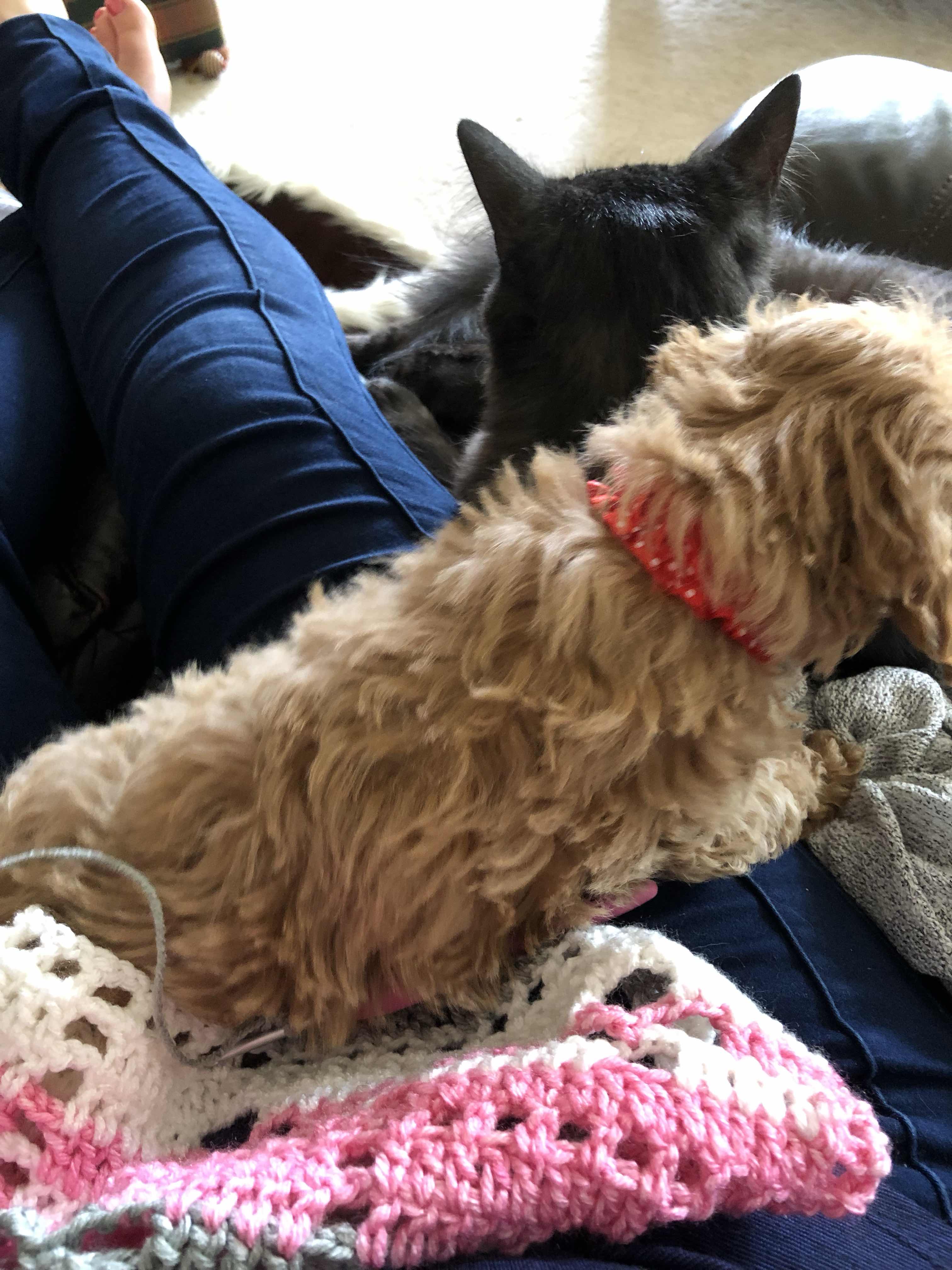 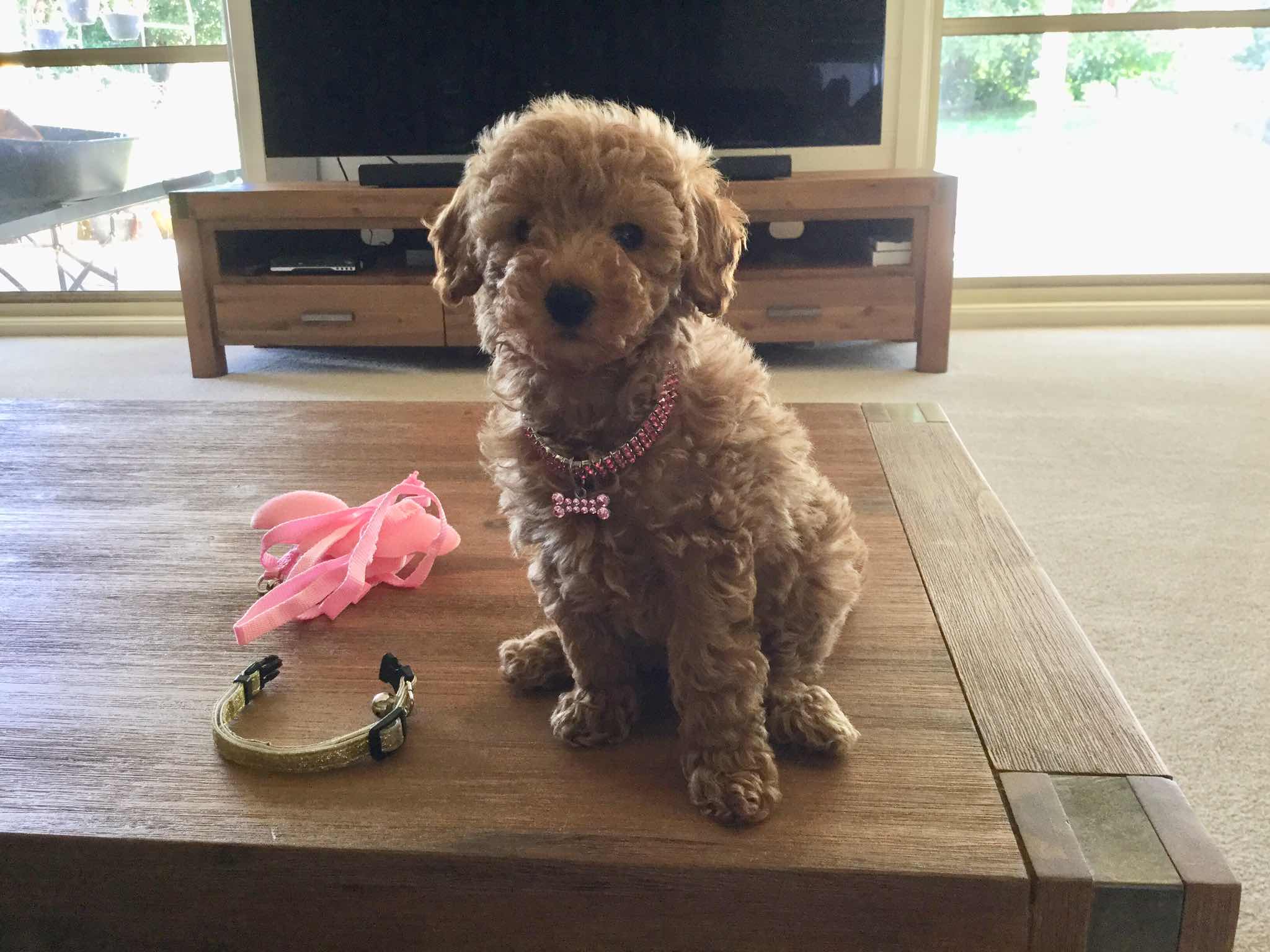 It’s been one week today that we brought this little bundle of joy home
And what a week it’s been
The anxiety and anticipation of having to deal with a puppy again was terrible
And it’s not been as bad as I had envisioned
Nothing ever is!
It’s been made harder because I have been dealing with a summer flu complete with blocked sinuses
And a migraine from hell
Vomiting and going blind for most of the night last night
But little trixie has been a joy and made me laugh so much I have not regretted
My decision to get one more puppy in my life
But she’s definitely the last!
I’m getting too old for night time toilet training and jumping up multiple times a day lol
We also don’t have a side fence at the moment as the old one had to be removed it was so rotten and falling down
So we are in the process of trying to get a new one
Once that’s done. I can leave the back door open and she can come and go as she pleases without me worrying about her disappearing
But for now the training is going well
She’s settled down beautifully
And we love her with all our hearts
And thats what counts
See ya xxx
Posted by angela at 10:59 AM 3 comments: 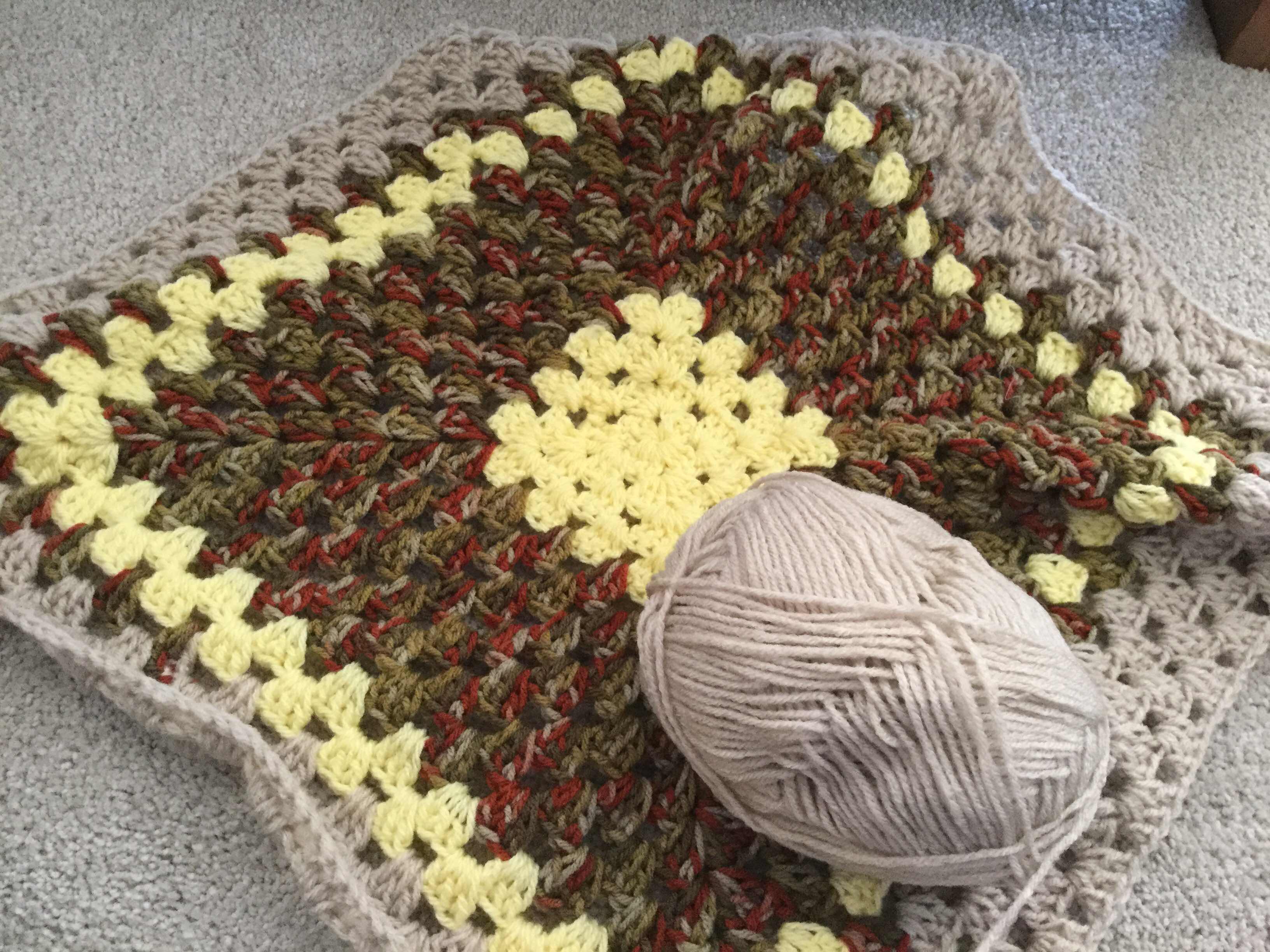 With all the weather changes around. I’ve come down with a summer cold
It’s going around and the girls and wonderson all have it too
So I’ve been staying inside resting, as much as a mum of a puppy can and crocheting
I’ve finished yet another call the midwife blanket and I’ve started this granny square one to be sent off
To the salvos for their winter appeal for blankets for the homeless
It’s miserable to feel this stuffy when the sun is shining
Hope your all well
Have a great Valentine’s Day
I got my present on the weekend lol
See ya xxx 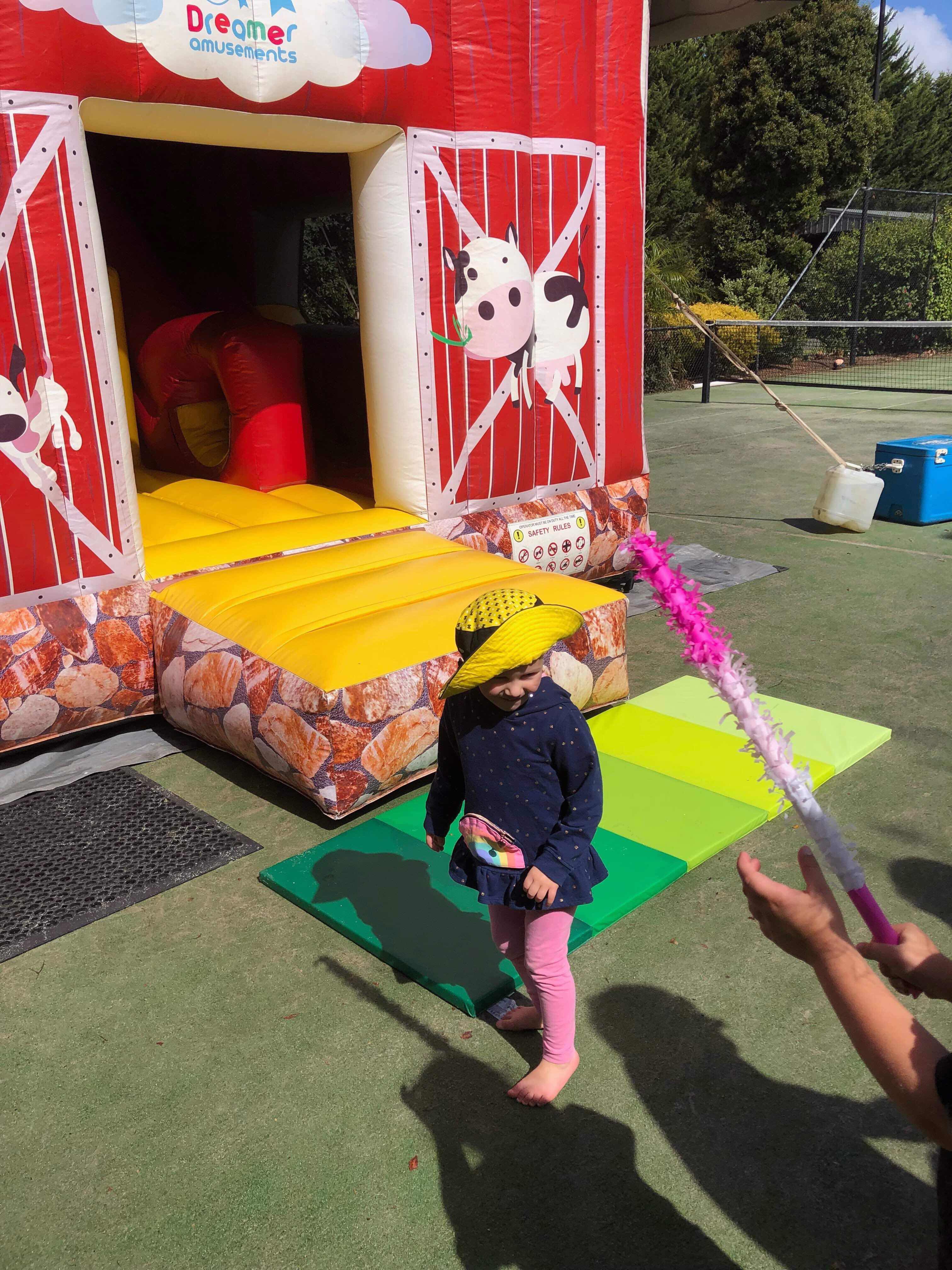 This little girl is almost three. Her birthday is on Wednesday but her party was on Saturday it was at her nanas house because she had lots of room for a big bouncy castle which everyone loved
She had a ball with her cousins and her nana and her grandma!
She especially loved it when both her grandmothers were in there acting silly with her 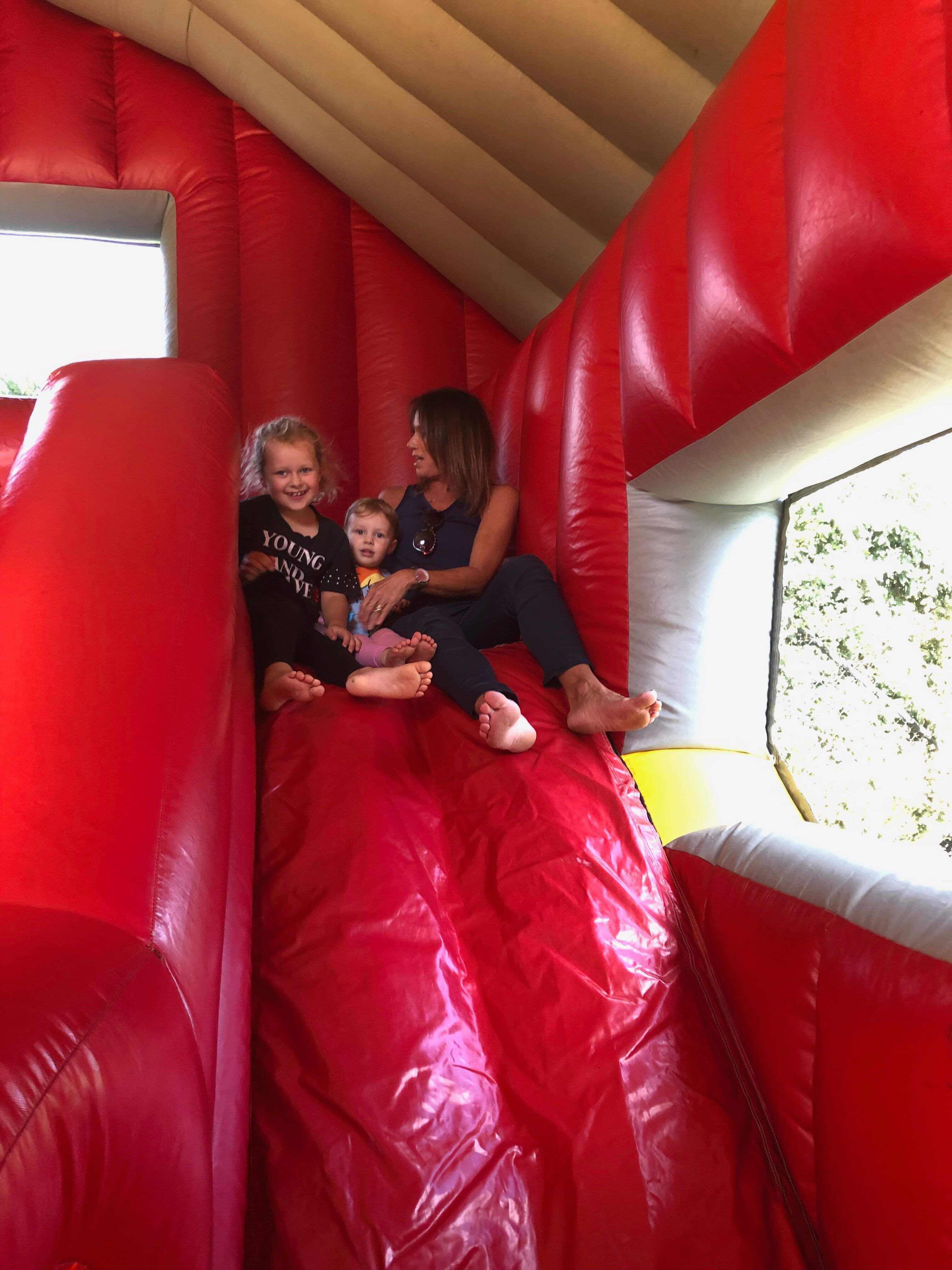 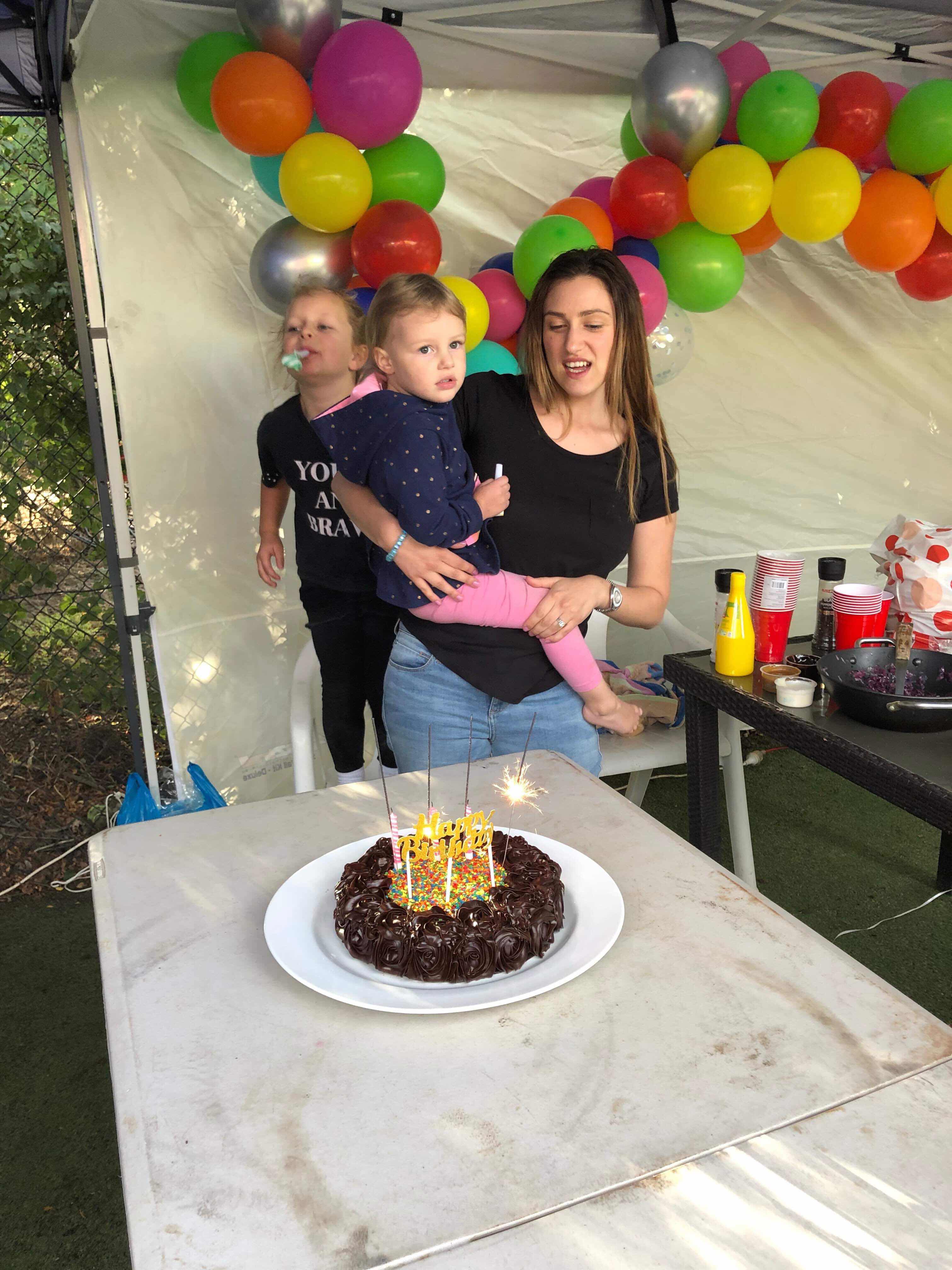 Then on Sunday. I picked up my new baby
This is Beatrix but trixie for short
She was very good all day doing her wee’s outside and getting to know her new family
Teddy didn’t know what to make of her at first but soon they were playing together. He was so good with her
The cats all just looked at her and ran. They have no idea what she is lol
I was told I should crate her at night. But she cried so much and I really want to be able to take her away with me
Camping so she can wake me if I have an allergic reaction while sleeping. So I just put her I bed with me
Oh my fell asleep. Woke at one to potty straight back to sleep. Then up at quarter to five for a drink and back to sleep
If only my babies were this easy lol
So I’m going to be. Full time mum again at my age lol
Get ready for lots of poodle spam
See ya xxx 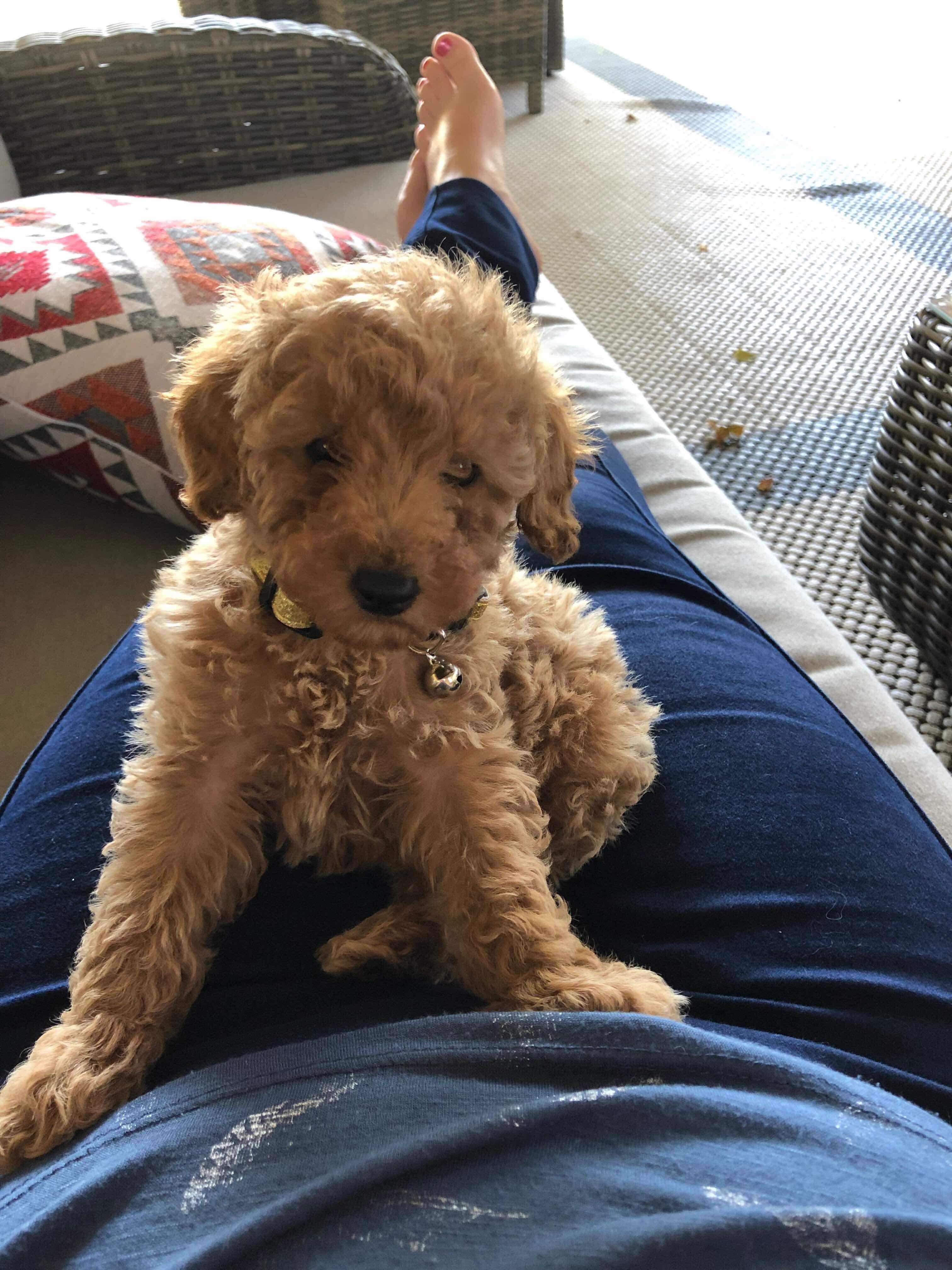 After the excitement of heat, wind, rain and trees!
I’ve spent most of my down time being a happy hooker!
I’ve made a few of these “call the midwife” blankets. Some I’ll keep
Others I’ll add to the charity pile at knitting group 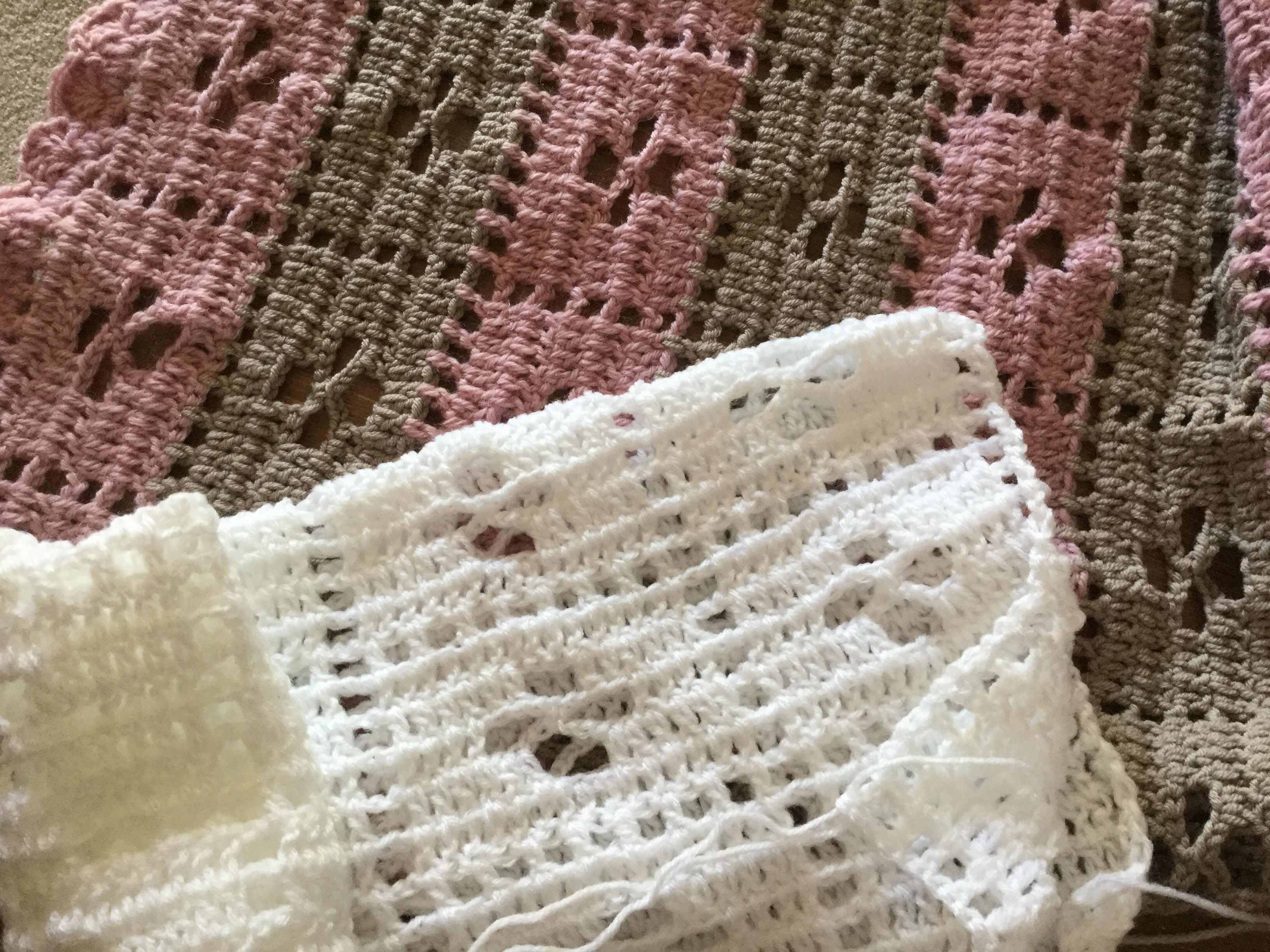 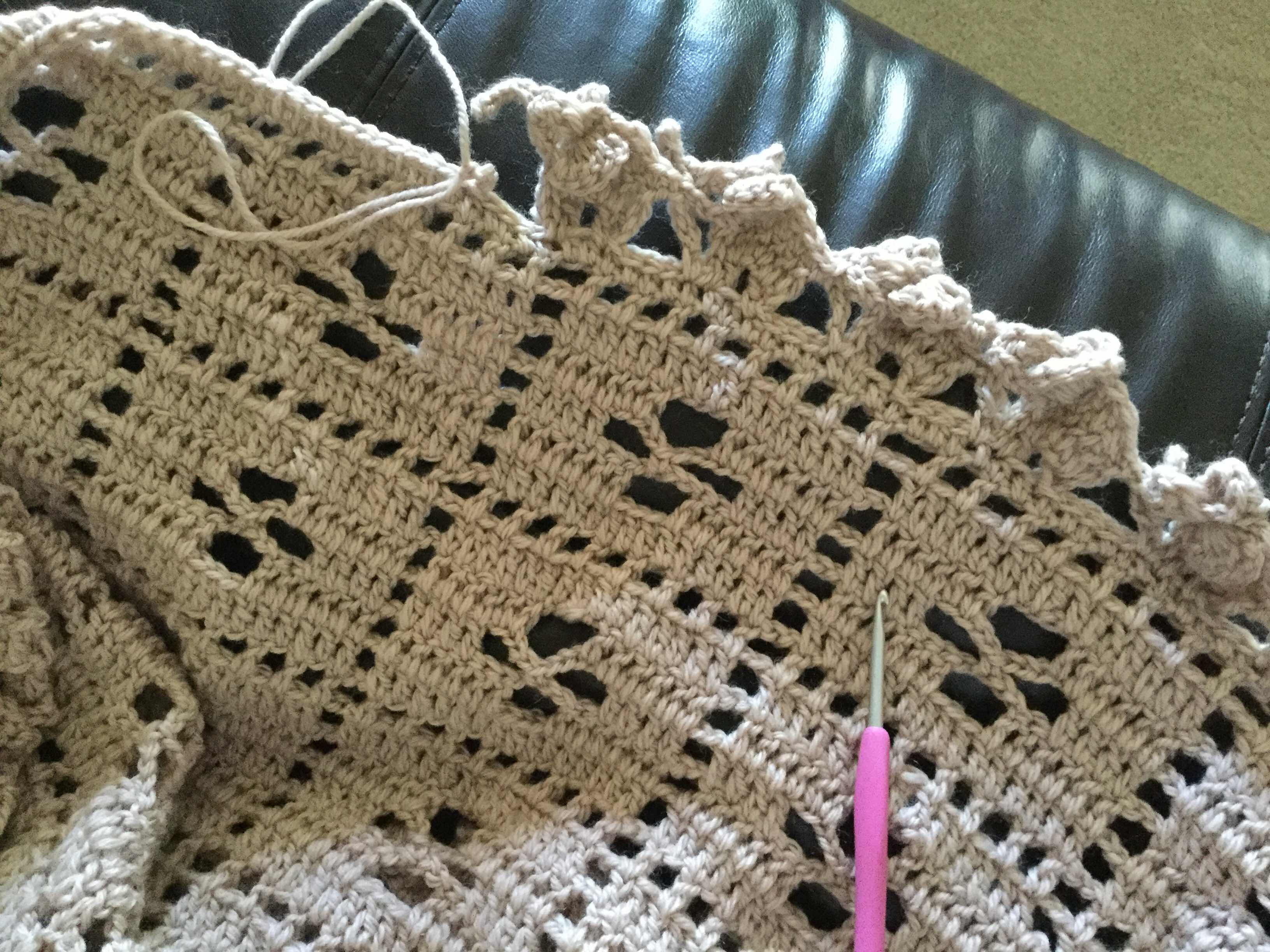 I’ve decided since this is one I’ll keep for future gift giving I’d try a new boarder
These little elephants
I thought they looked cute. But oh my have they tested my patience lol
Not hard. Just fiddly
But I’m slowly getting there. It won’t matter if it takes a few days to finish 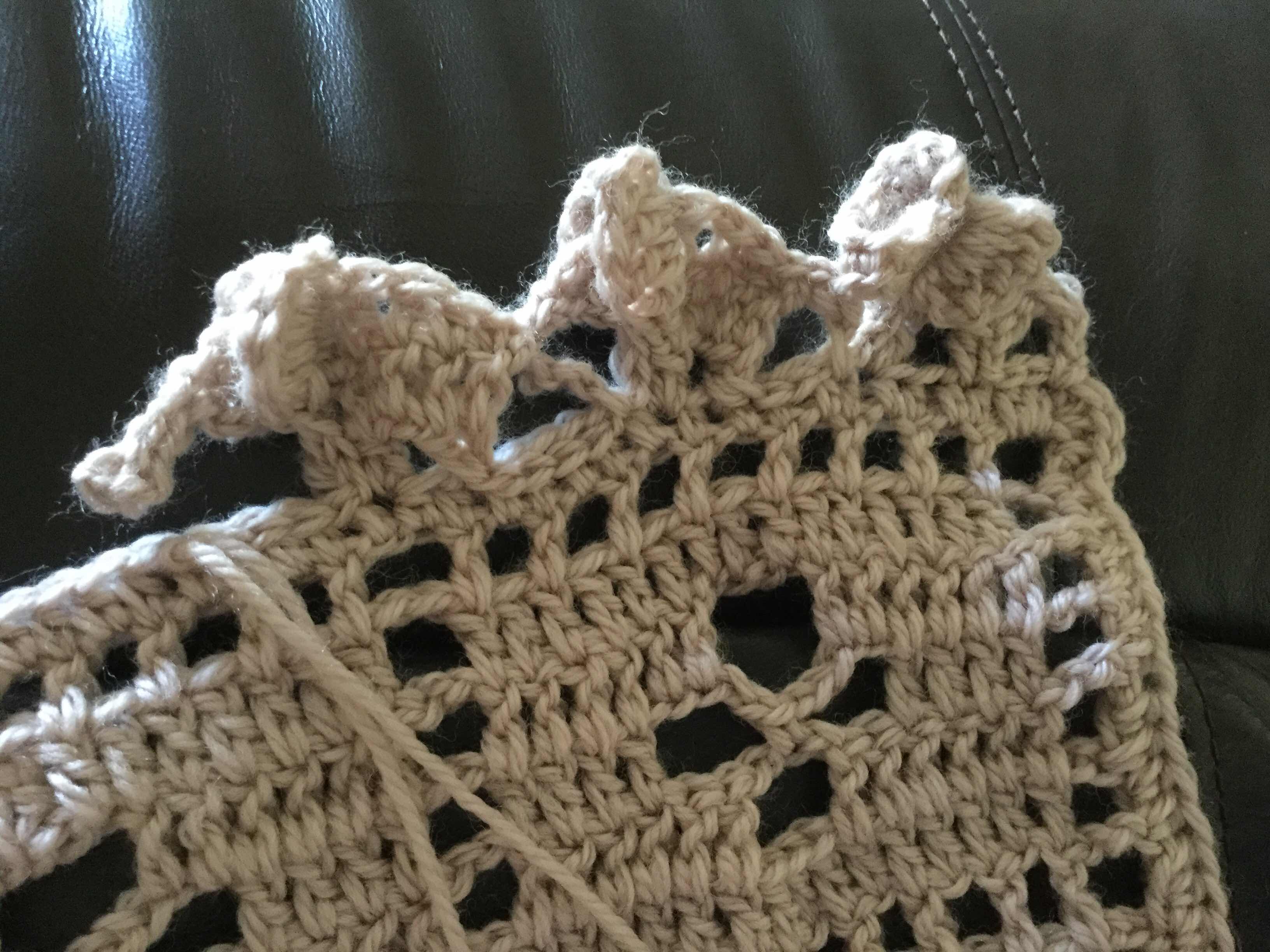 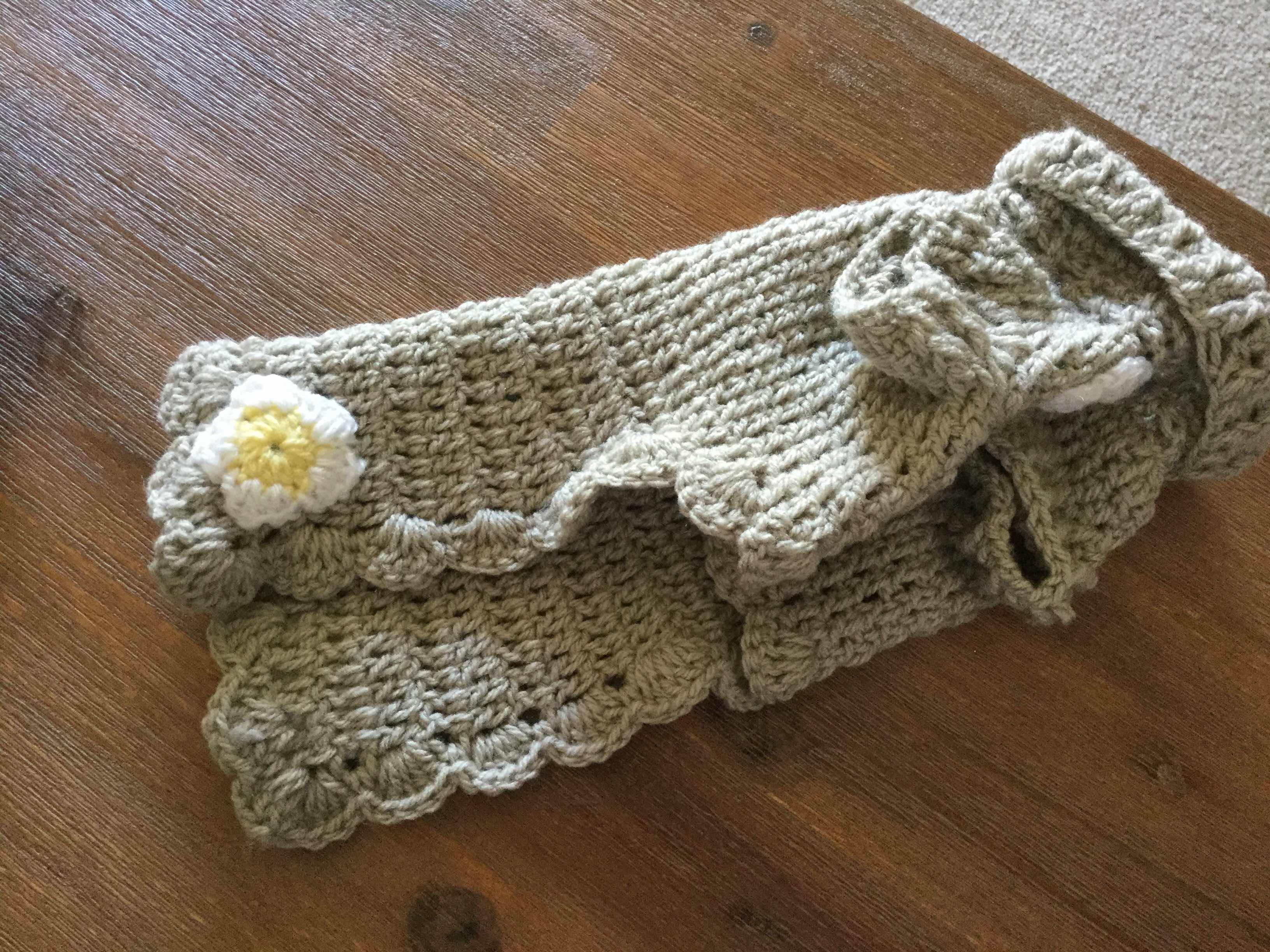 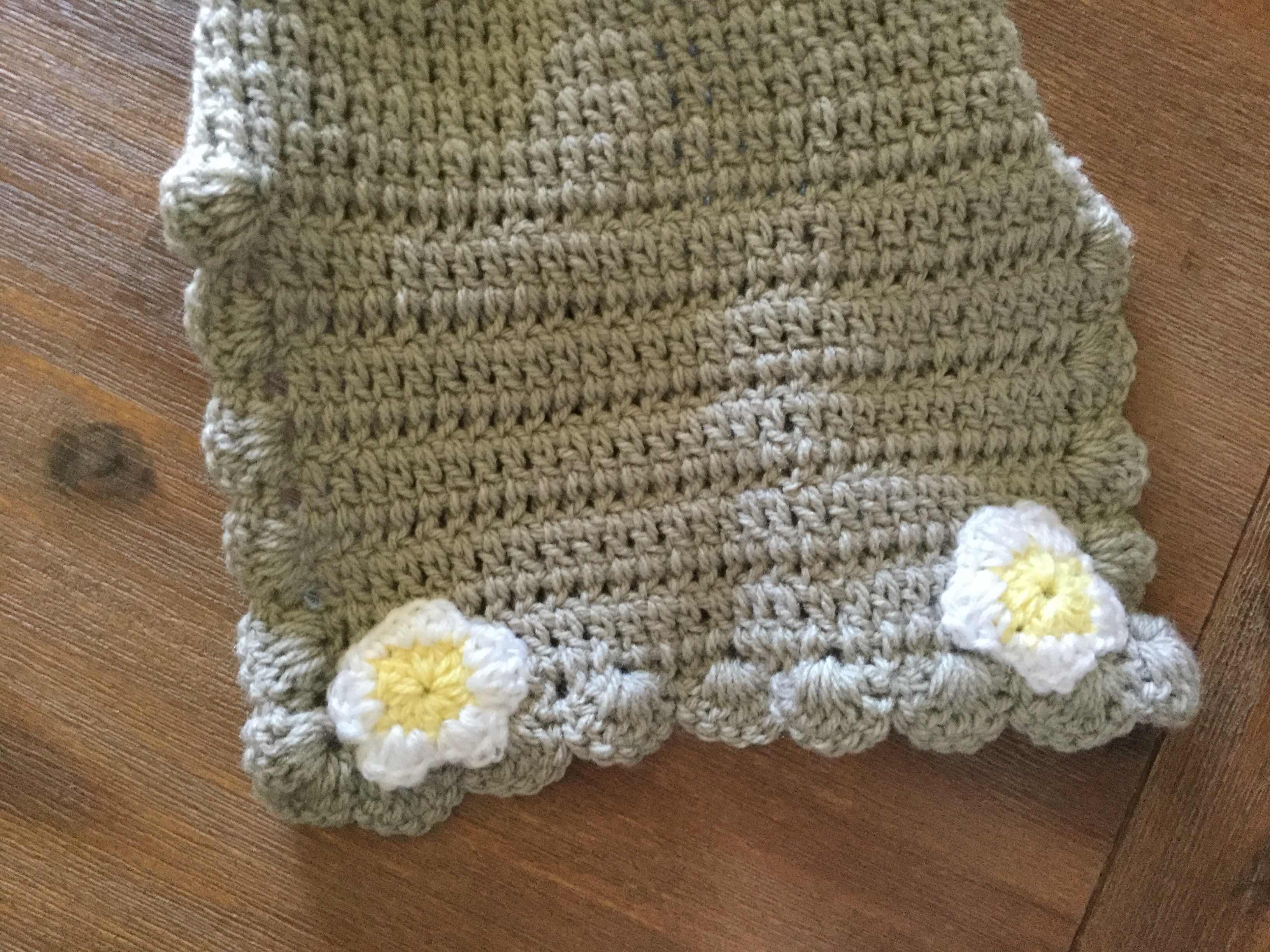 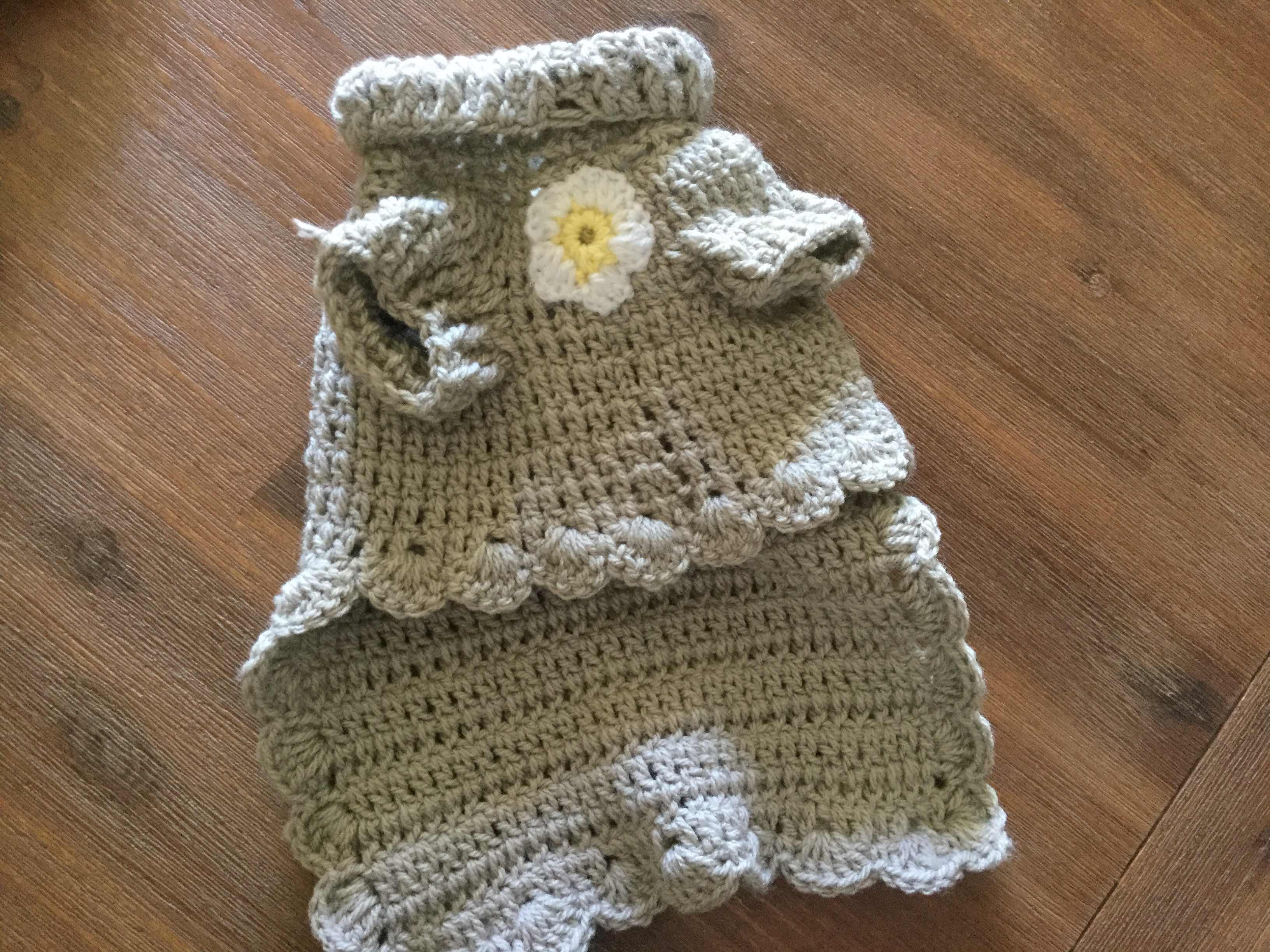