This is Horacio and hestia. They hav successfully mate and laid five eggs
Unfortunately they are not Nice to the other birds in the large cage.
They would constantly fight with the others and she would often try to take over the other nesting boxes
So while she was in sitting on her eggs I moved the nesting box into the smaller cage and then I caught him and moved him in as well.
She stayed in her nesting box and he just jumped back on top and both were very happy 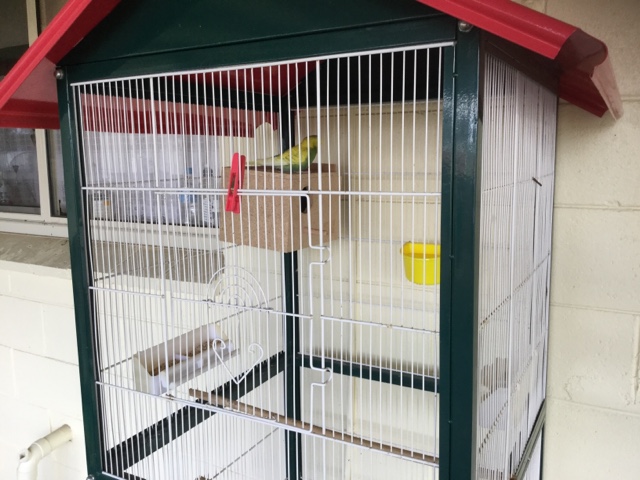 Meanwhile peace was restored in the large cage. Both the couples in this cage just stqrted the mating dance with their partners.
Horacio wouldn't allowe the others to mate.
Every time a couple would start to act like they wanted to mate. He would attack the male and she would go into their nesting box and not allow the other female in 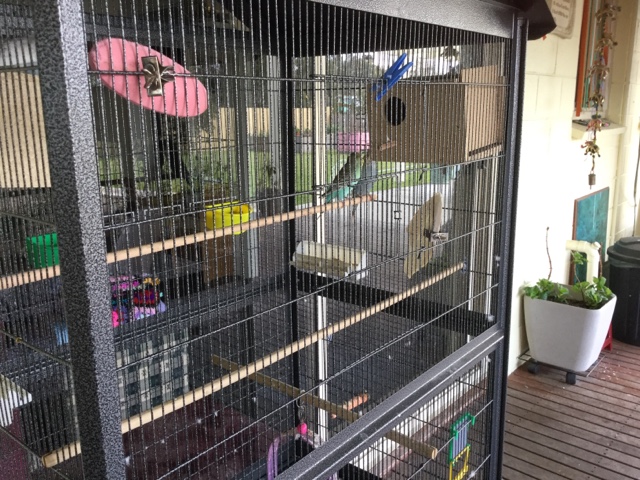 So this is now my back veranda. It's a much nicer and quieter area.
I hope the peace will last
See ya xxxx 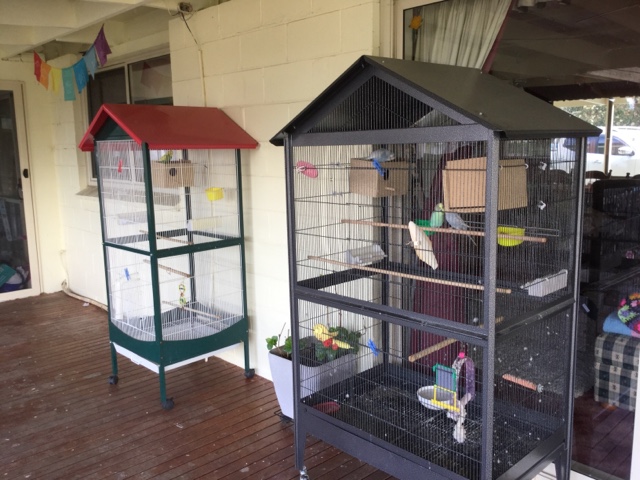