Here is the river we camped by at Rosie's camp. I think the river is called Rosie's river and it's full of crocodiles
We saw many at least one a day and we heard lots at night!
The fishing was fantastic. We had only just started to fish and within minutes don had caught his first Queenie!
They taste yummy too 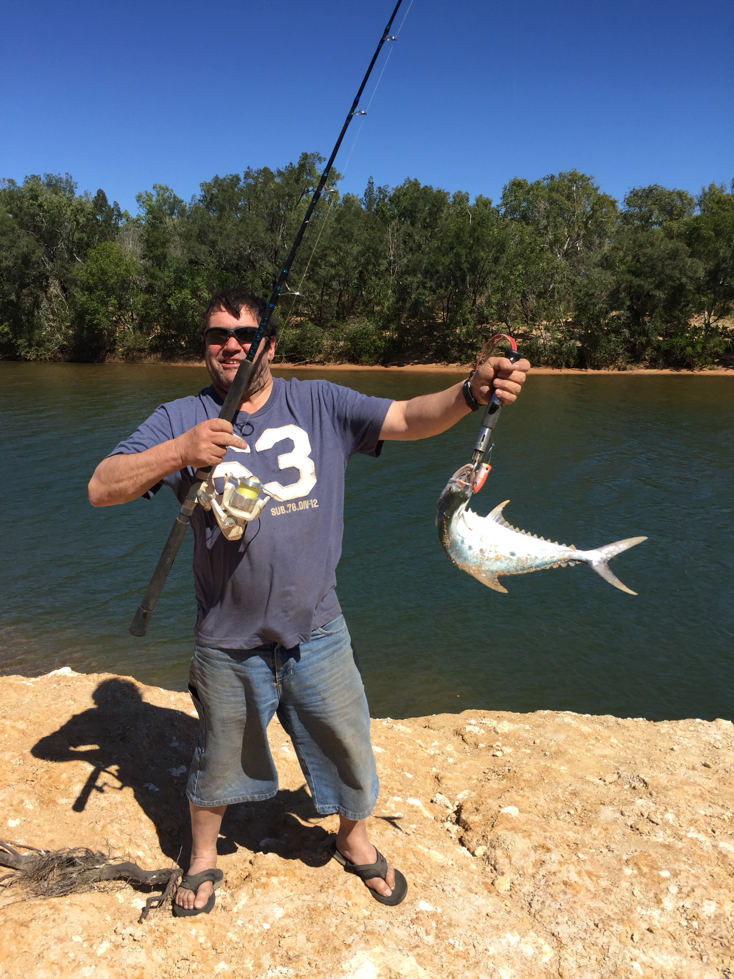 Jody is using a small bucket on a rope to get water. You do not want to go to close to the water
At night th crocs would come up here and we would see their prints in the sand 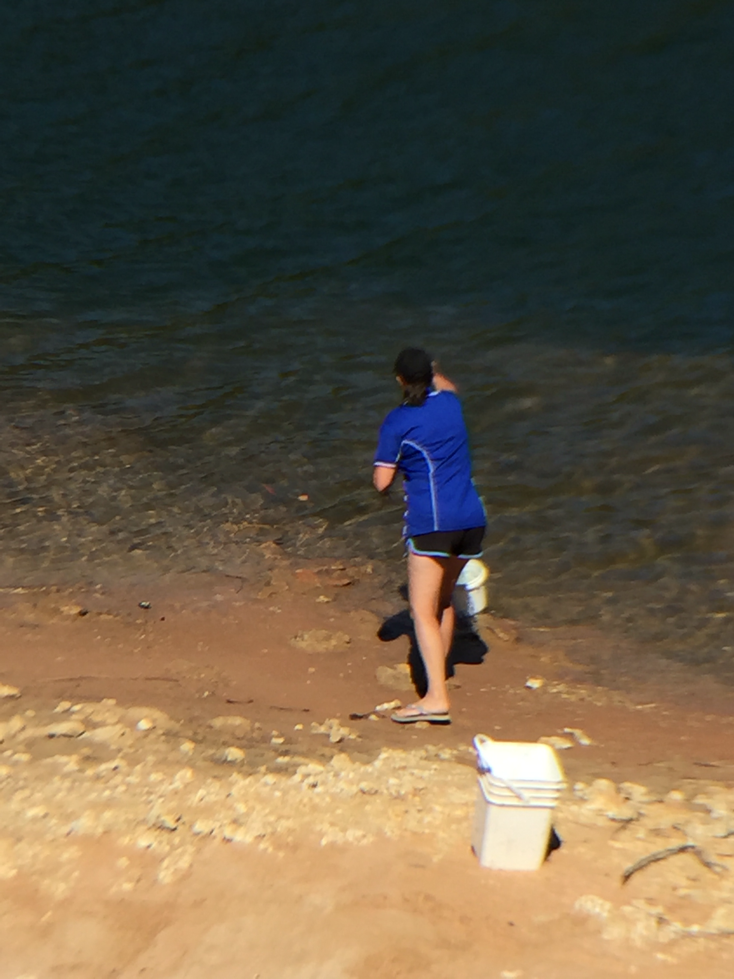 Here is our littl van all set up 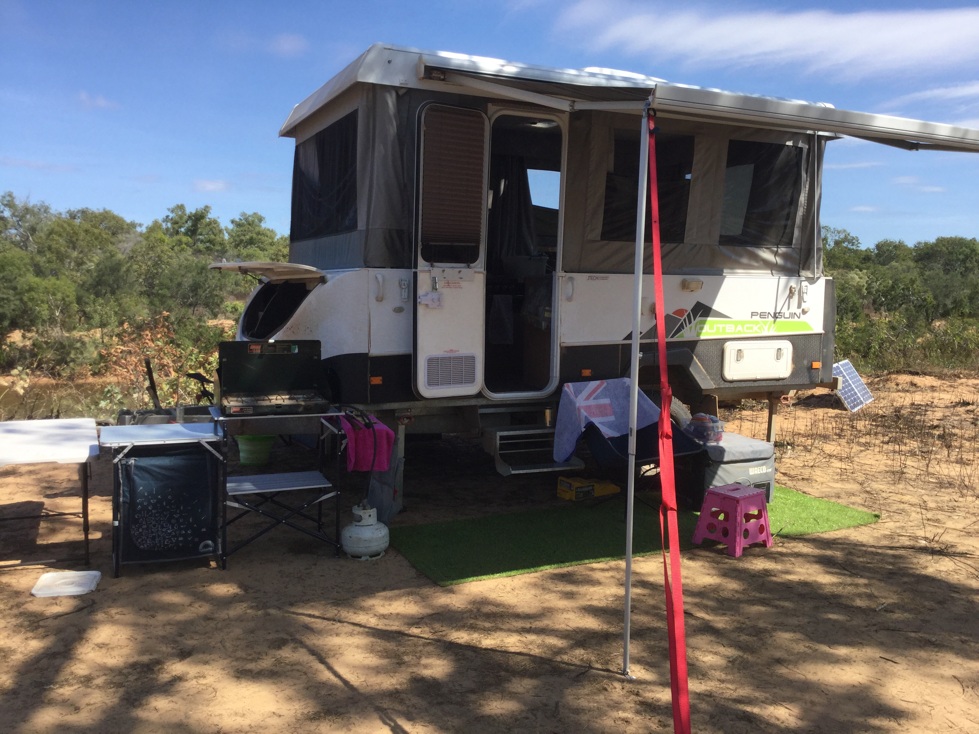 And Chris and Jody in their camper van
We were all together and had fun swapping stories and laughing.  We laughed a lot 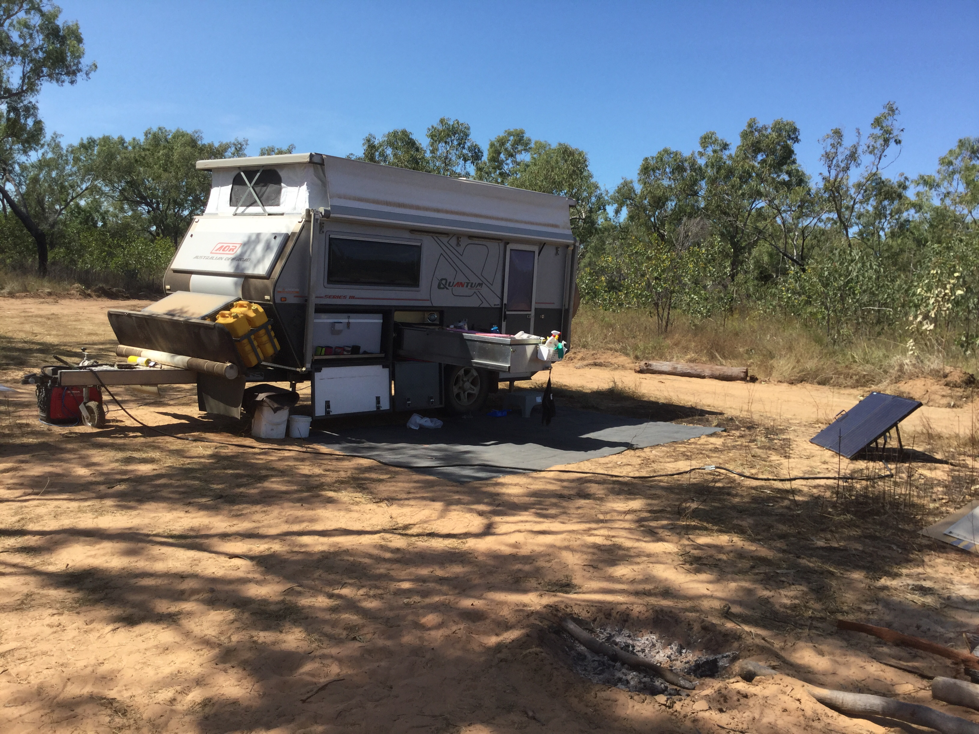 Here is our shower tent. All set up for me to have my shower. It was hot and sweaty   We were not far from the coast! Only an hour or so by car from
The gulf of carpentaria.
But that's tomorrow's post! 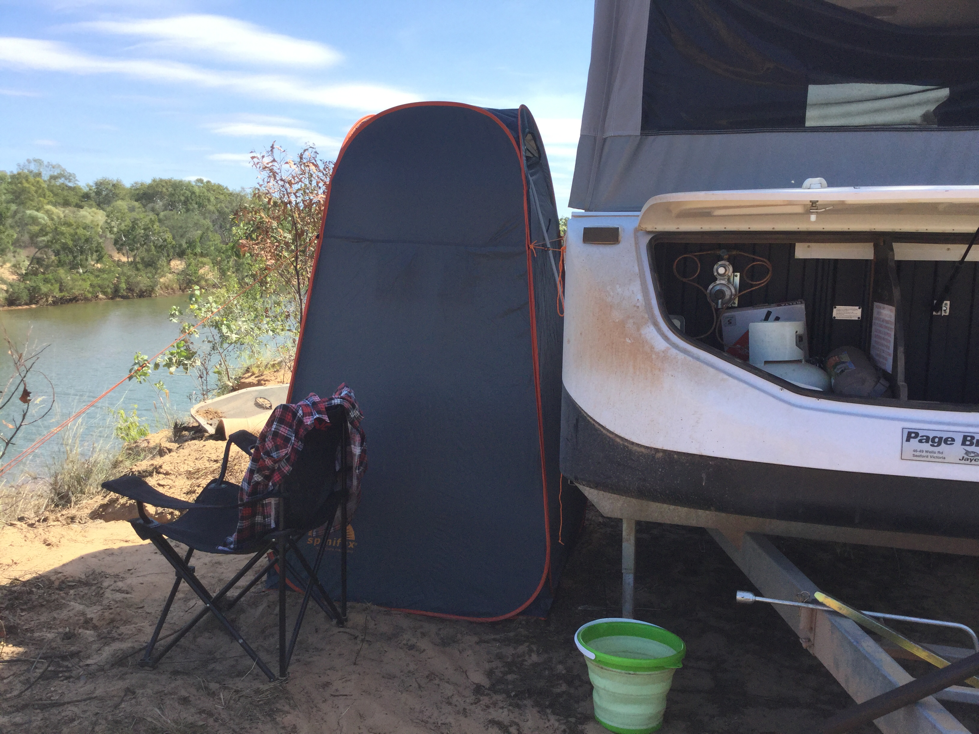 And my view from the shower. No one could see me unless they were on a boat in the river. And believe me there were those that did that
I don't know if they had seen the crocs and I wanted to yell at them that famous line rom jaws
Your gonna need a bigger boat!
But I could hear them coming so I didn't close the tent flap and enjoyed showering with the view!
So that was our camp site for a week
Pretty basic. But functional
What do you think? Would you stay here?
It was kinda cool to be laying in bed at night and hear the crocs splashing, the dingoes singing and the birds and bats
Doing their things lol
See ya xxx 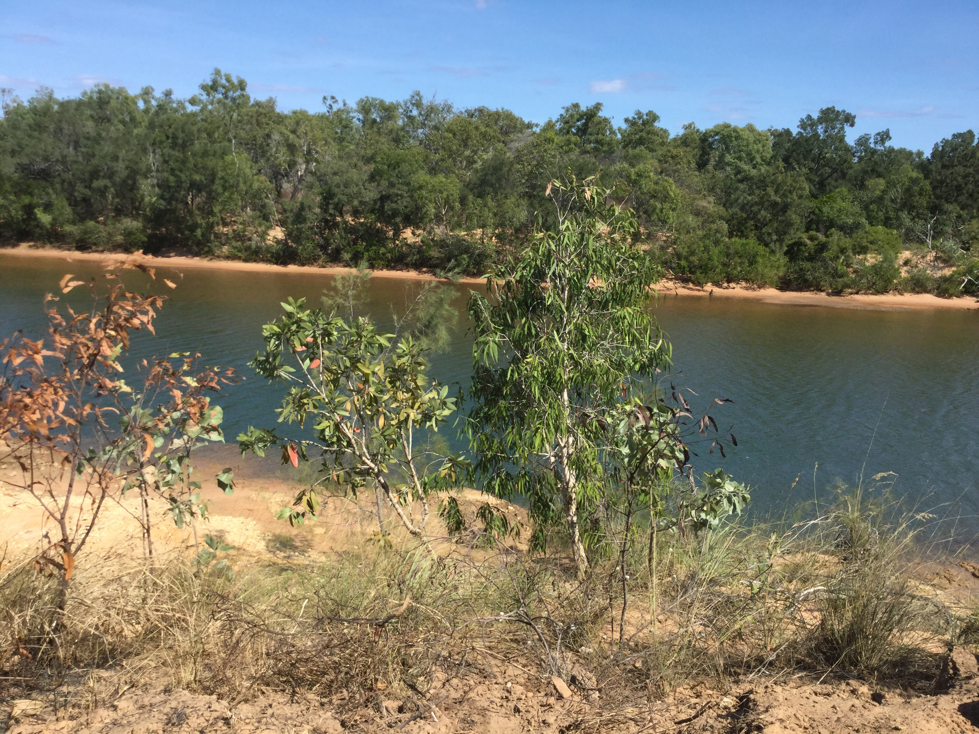 angela
I am a 54 year old mum of two grown childern who I love more than anything in this world. I have been married for 33years to my best friend and we live and work on our 5 acre farm in the south east of melbourne. My son has married a lovely girl and lives close by. I see him everyday as he work with his dad at our mechanical repairs business here on our property. I see my daughter and her girls at least once a week. I love my family and my life even though chronic illness has been my constant companion for over ten years Life is busy but we are blessed