This weekend was like a roller coaster of emotions for me. On Friday we had chemo and it will went like clockwork. We were hoping to get out on time because we had planned on going camping and we  were looking forward to playing in th snow.
Here we are going to the mountains. All that low cloud held the promise of snow. And there was snow going up so we are looking forward to a greqt weekend.
Get to our camping ground and hubby gets out to crank up the camper trailer and I hear him swear
As he was cranking the top up he only got half way when it just started going down in the front. 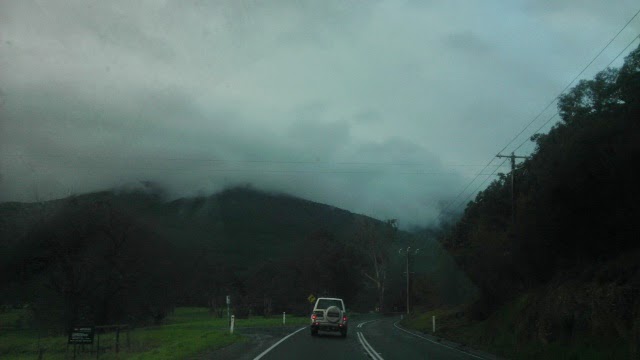 This is what it looked like. He was so angry as we had only picked it up th day before after it had gone back to have stuffed fixed on it from his trip recently. Remember this was a brand new van!
See the front isn't going up. We had no where to sleep all our stuff was inside so he just locked it up and we went home. We were there for about fifteen minutes tops!
I was guttered. We were there to have fun and make memories but I had to go home. I felt like crying all the way home. 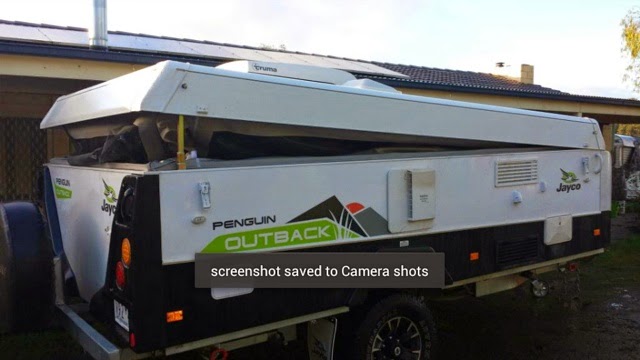 All Saturday I was not happy and hubby really wanted to make me smile so we decided to go to the  Bendigo sheep and wool show. Here is a photo of the show grounds were the working dogs were busy getting the sheep into the yards. I didn't buy a lot as the stuff once again was not cheap. But it was fun to look and aee all the sheep. Some were huge.
So as you can see the weekend didn't go to plan but it turned out ok. Leanne had fun in th snow but unfortunately not with me.
See ya 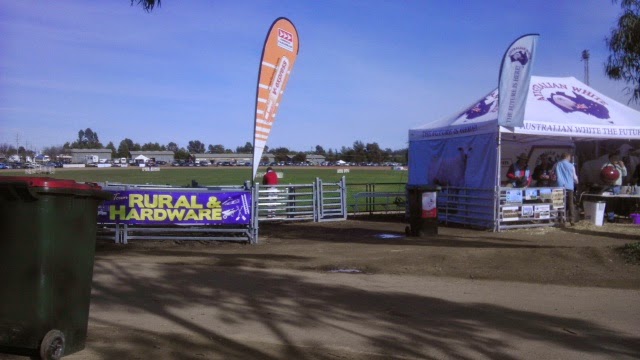