Monday morning again. I can't believe how quickly this year is going
Saturday nights games night was cancelled due to illness but it's ok. I was so tired I just ended up on the couch reading.
A beautiful nurse who has been looking after leanne since we first started chemo put me on to these.
The first book is wicked lovely but there are a few in the series.
Not too intense. Greqt for when you just want to read and not have to think too much
I'm onto the second book. Which has the same characters in it but is not a continuation of the story as such. It's called ink exchange.
I'll be going slow and steady today. Not going out staying in where it's nice and warm. Still have both fires going as it's freezing out side.
Have a great week
See ya 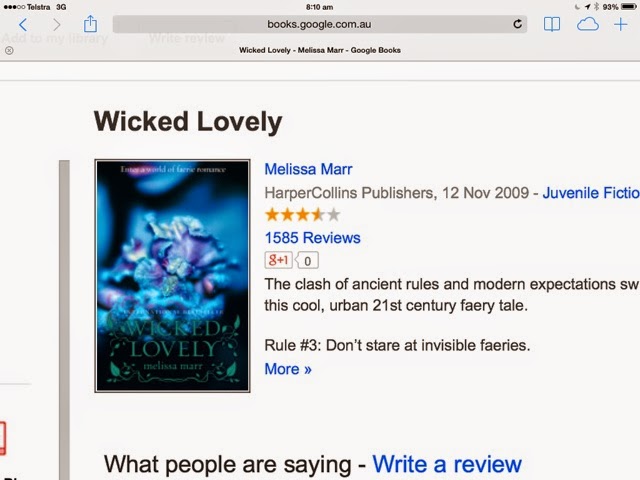